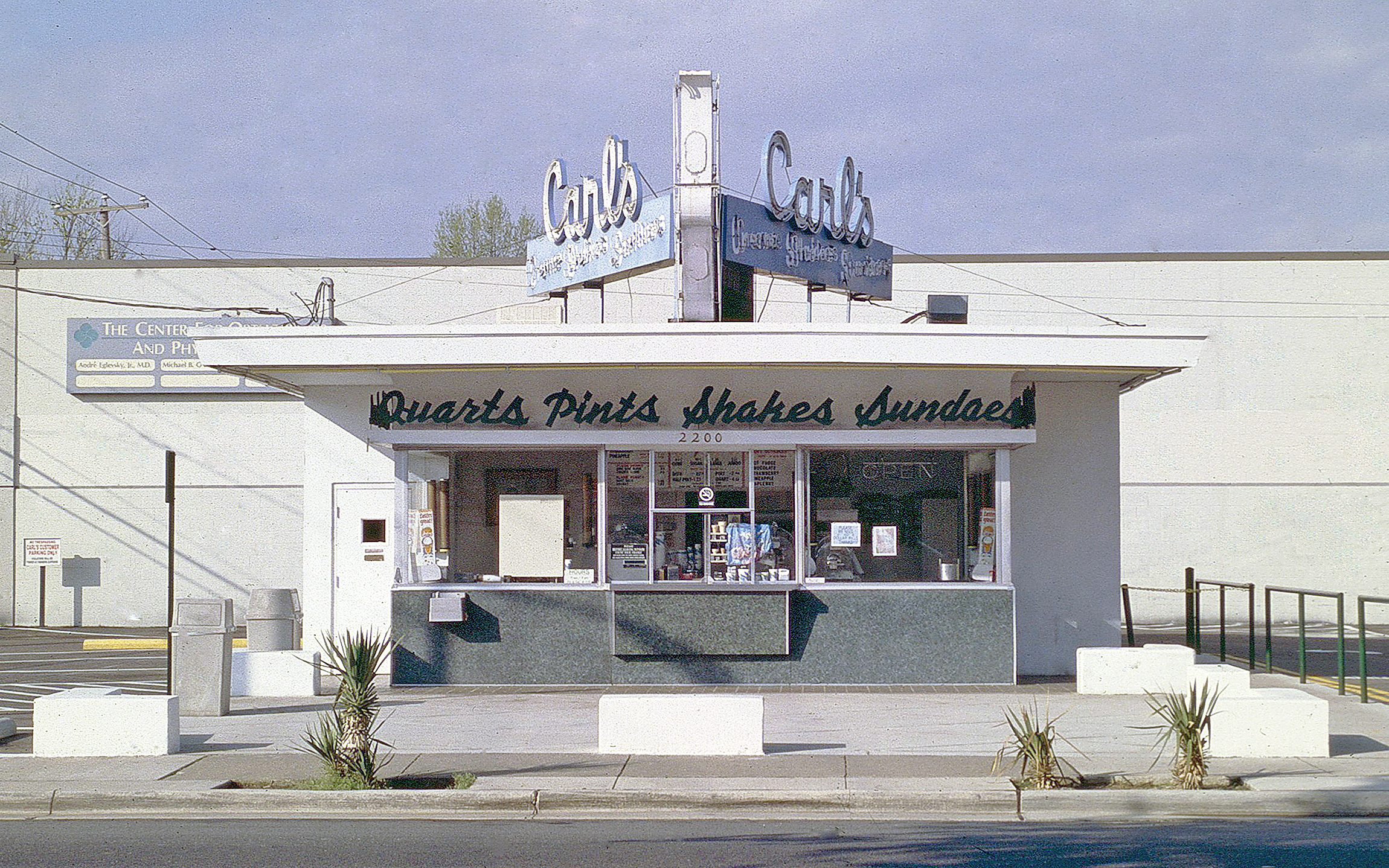 As summer heat and humidity continue, it may feel as if Virginia will never cool down again. For days like this, a trip to a landmark in Virginia’s mid-20th century roadside architecture, not to mention an excellent cold treat, can help to shake the doldrums.

Carl’s Custard Stand at 2200 Princess Anne Street/ US Route 1 has been a beloved landmark in Fredericksburg for almost 70 years. With its concrete block walls, flat roof, and large, plate glass windows, it embodies the distinctive building form that once stood in Virginia communities both large and small. During the optimistic and prosperous 1950s, ice cream and other frozen desserts became so popular that individuals, couples, friends, and families flocked to new retail establishments that served only desserts. These roadside buildings were usually surrounded by an ample parking area to allow cars to be pulled in and out quickly, while a patio or picnic area with umbrella tables provided a chance to linger and enjoy a sweet treat. The large display windows allowed customers to survey all the tempting offerings and see the clean, ultra-modern refrigeration and preparation equipment employees used to make milkshakes, banana splits, and hot fudge sundaes. The flat roofs usually had a deep overhang on the façade that sheltered customers from sun and rain as they placed an order. Large, distinctive signs were important design touches that also served as advertising and became landmarks alongside busy roads.

Listed in the Virginia Landmarks Register in 2000 and the National Register of Historic Places in 2005, Carl’s is a quintessential example of a 1950s ice cream stand. The business opened in 1953 and has been providing tasty treats to customers ever since. With its neon-lit ice cream cone and marquee that advertises “Creme Shakes Sundaes,” Carl’s continues to evoke the exuberance of mid-20th century commercial architecture. Carl Sponseller opened his frozen custard stand in 1947, first operating in a former gas station. In 1953, Sponseller hired a local contractor, Ashton Skinner, to construct the current building. The design for Carl’s stand was borrowed from one used by his brothers for an ice cream business in Falls Church.