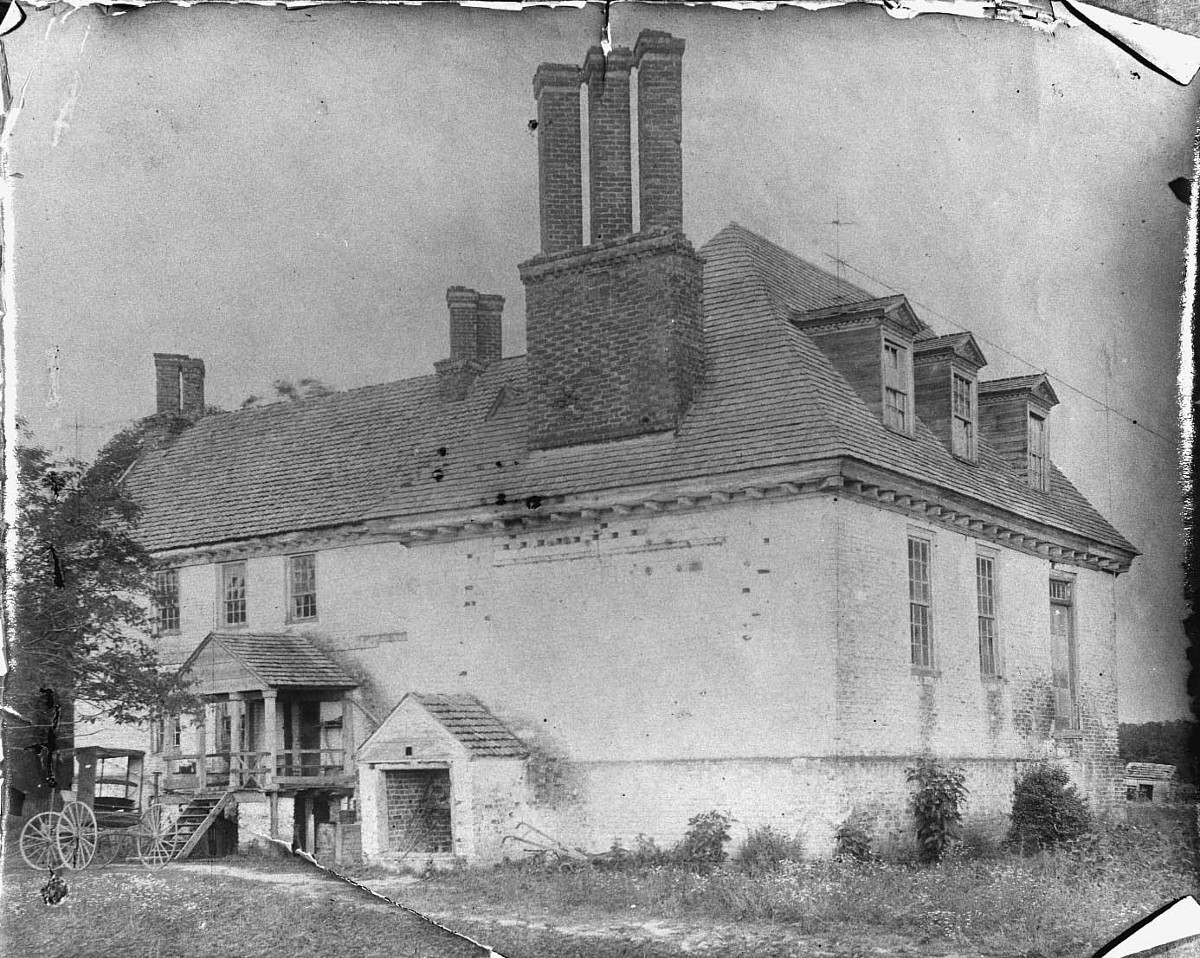 Fairfield was an unusually large and elaborate 17th-century mansion, probably built by Lewis Burwell ca. 1692. It stood here for two centuries until it was destroyed by fire in 1897. Its external appearance, distinguished by diagonally set Jacobean chimney stacks, is well known through several early photographs, including the ca. 1892 one shown here. Archaeological investigation of the site could reveal much information about the plan, sequence of development, and architectural details of one of Virginia’s oldest architecturally distinguished plantation houses. Near the house site are the sites of several outbuildings, as well as the site of what may be an earlier 17th-century residence.