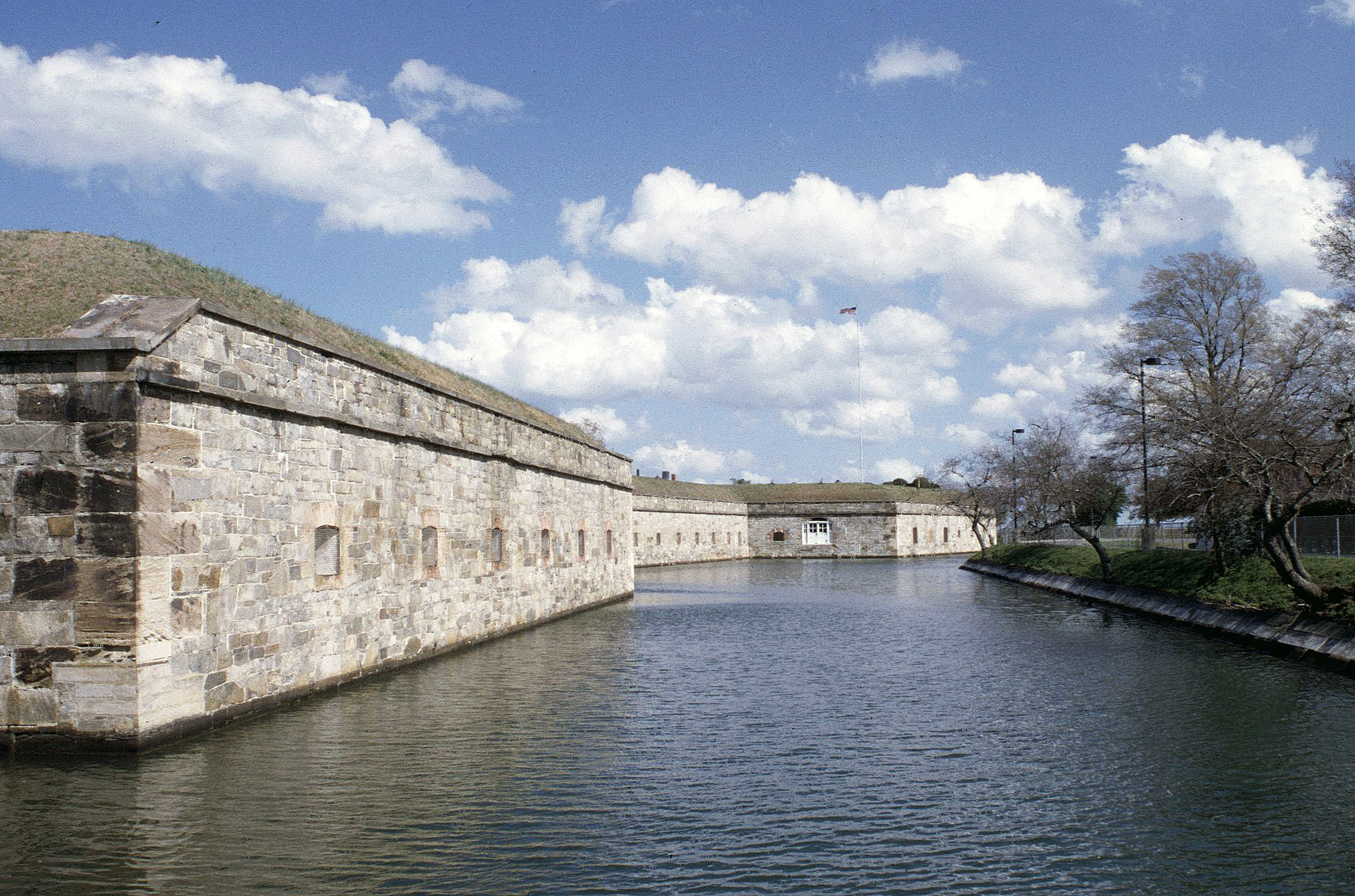 Constructed in 1819-34 to guard Hampton Roads, the vast moated Fort Monroe is among the nation’s most ambitious works of early military architecture. It was designed by Gen. Simon Bernard, a military engineer under Napoleon before becoming head of the U.S. Board of Engineers, in charge of construction of coastal defenses. During the Civil War, the fort was a staging area for Union military and naval expeditions. The fort witnessed the epic fight between the ironclads Monitor and Virginia, and many area enslaved African Americans found refuge here. Former Confederate president Jefferson Davis was imprisoned here from 1865 to 1867. Fort Monroe remained an active military post into the early 21st century, serving as the headquarters of the Continental Army Command. The landmark designation applies not only to the fortifications but to the wide array of buildings and structures both within and outside the fort; including the individually listed Quarters #1, Quarters #17, the Chamberlin Hotel, the Chapel of the Centurions and the Old Point Comfort Lighthouse.

In 2012, the register boundary of Fort Monroe was increased. The original stone fortress of Fort Monroe enclosed approximately 63 acres, and was built using the technology and defensive theories characteristic of the Third System of American coastal fortification. Fort Monroe covers approximately 565 acres, including the original 63 acres enclosed within the stone fortification, as well as most of the Old Point Comfort peninsula.  On September 15, 2011, Fort Monroe closed as a result of the 2005 Base Realignment and Closure (BRAC) Commission decision. This update to the Fort Monroe nomination introduces new themes, includes a timeline for the architectural evolution of the fort, and provides detailed descriptions of all resources, including significant historic landscapes.
[VLR Listed 6/21/2012; NRHP Listed: 3/9/2015]