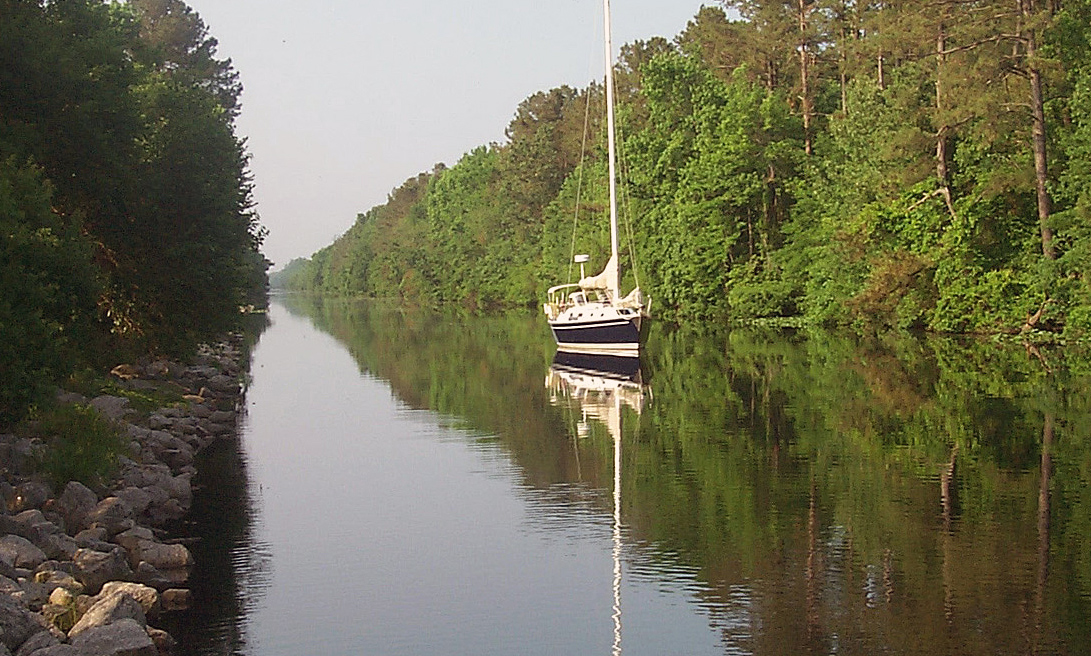 Named for the vast swamp through which it traverses, the Dismal Swamp Canal is a twenty-two-mile land cut between Deep Creek and the village of South Mills in North Carolina. The 100-foot-wide waterway was originally dug between 1793 and 1805 by the Dismal Swamp Canal Company to connect the Southern Branch of the Elizabeth River with the Pasquotank River in North Carolina. Built by hand labor under difficult swamp conditions, the canal was an early engineering achievement that provided an inland link between the two states. It eventually became part of the Intracoastal Waterway. The canal is recognized as a National Historic Civil Engineering Landmark by the American Society of Civil Engineers. Included in the canal complex are two lift locks built in 1940-41, two steel bascule drawbridges dating from 1933-34, and three water level control spillways.