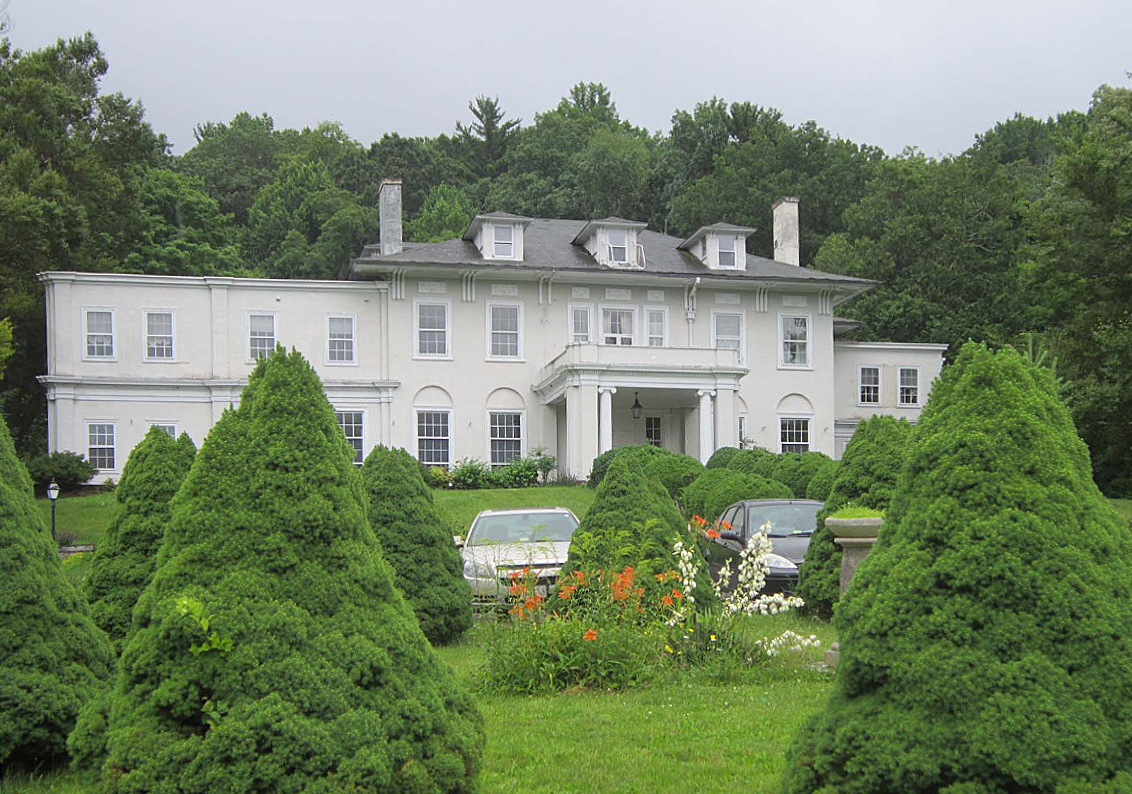 Located on a hill at the outskirts of the village of Warm Springs, the estate known as Three Hills was built in 1913 by author Mary Johnston as her residence. Johnston, the first best-selling novelist of the 20th century, gained popularity for her historical romances featuring heroes and heroines of colonial Virginia. She lived at Three Hills until her death in 1936 during the latter and most productive period of her life and career, when she wrote 16 novels and one book of nonfiction. While Johnston faded from the canon of American authors by the mid-20th-century, scholars have taken renewed interest in her with the rediscovery of her early involvement in the women’s suffrage movement in Virginia. The main house at Three Hills, completed in an Italian Renaissance style with a Colonial Revival-style interior, was designed by Richmond architects Carneal and Johnston and is the only known example of their work in western Virginia. The property features a small formal boxwood garden and three Craftsman-like cottages that were built in the 1910s and 1920s, including Garden Cottage, where Johnston wrote many of her works.