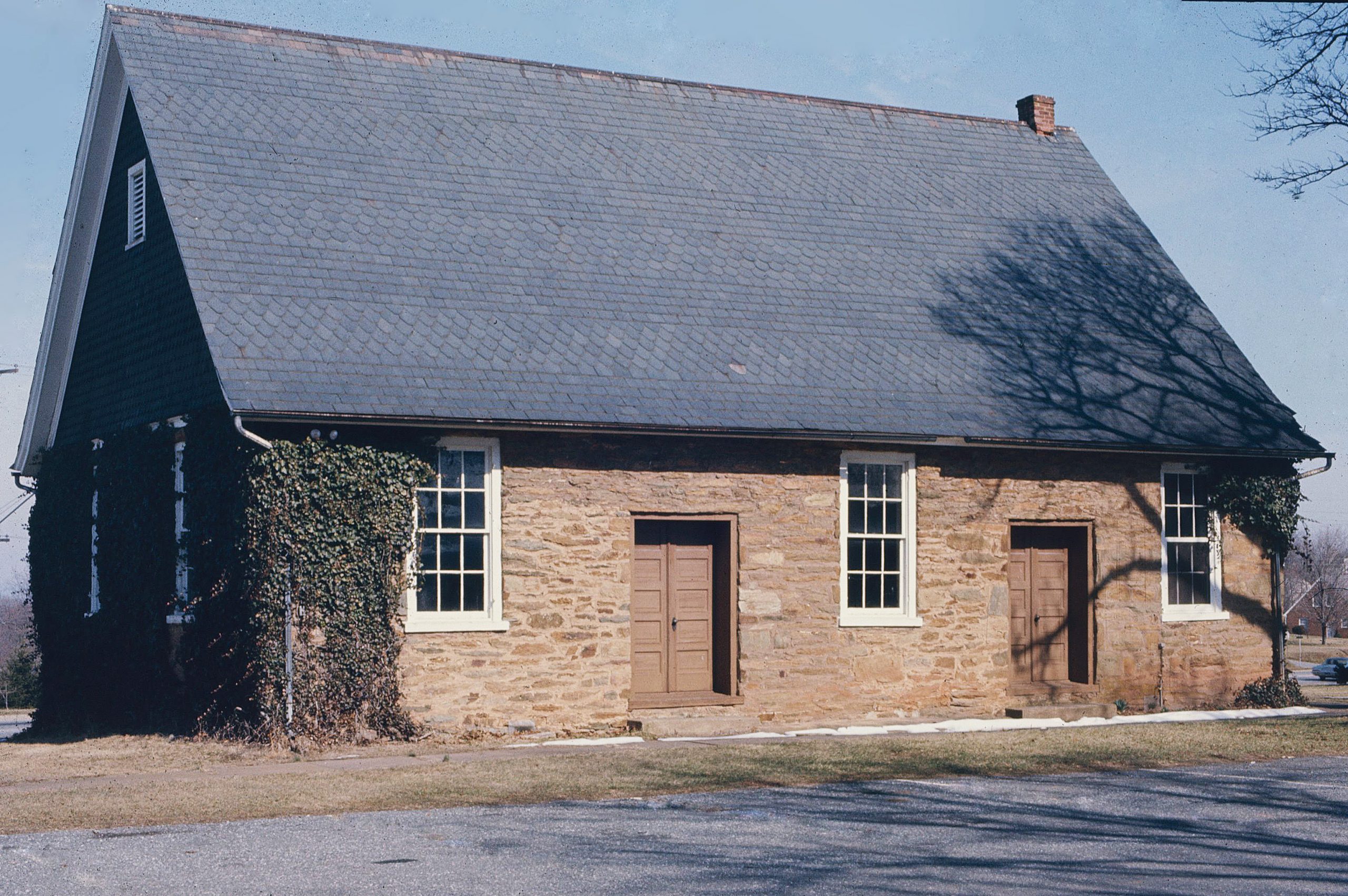 Quakers settled in the area of present-day Lynchburg in the mid-18th century and built their first meetinghouse in 1757. The present meetinghouse, completed in 1798, is the third on the site. Originally known as the South River Friends Meeting House, the building was typical of the sturdy, plain structures favored by the Quakers, constructed of local fieldstone with an almost domestic appearance. It lost most of its congregation to westward migration in the 1830s. The South River Quaker Meeting House stood as an abandoned ruin from the 1850s until 1904 when its stone walls were restored and it was re-roofed for use by the Presbyterians. Buried in the adjacent Quaker cemetery (“God’s Acre”) are John Lynch, Lynchburg’s founder, and his mother, Sarah Clark Lynch, one of the original Quaker settlers. The building is currently maintained by the Quaker Memorial Presbyterian Church.