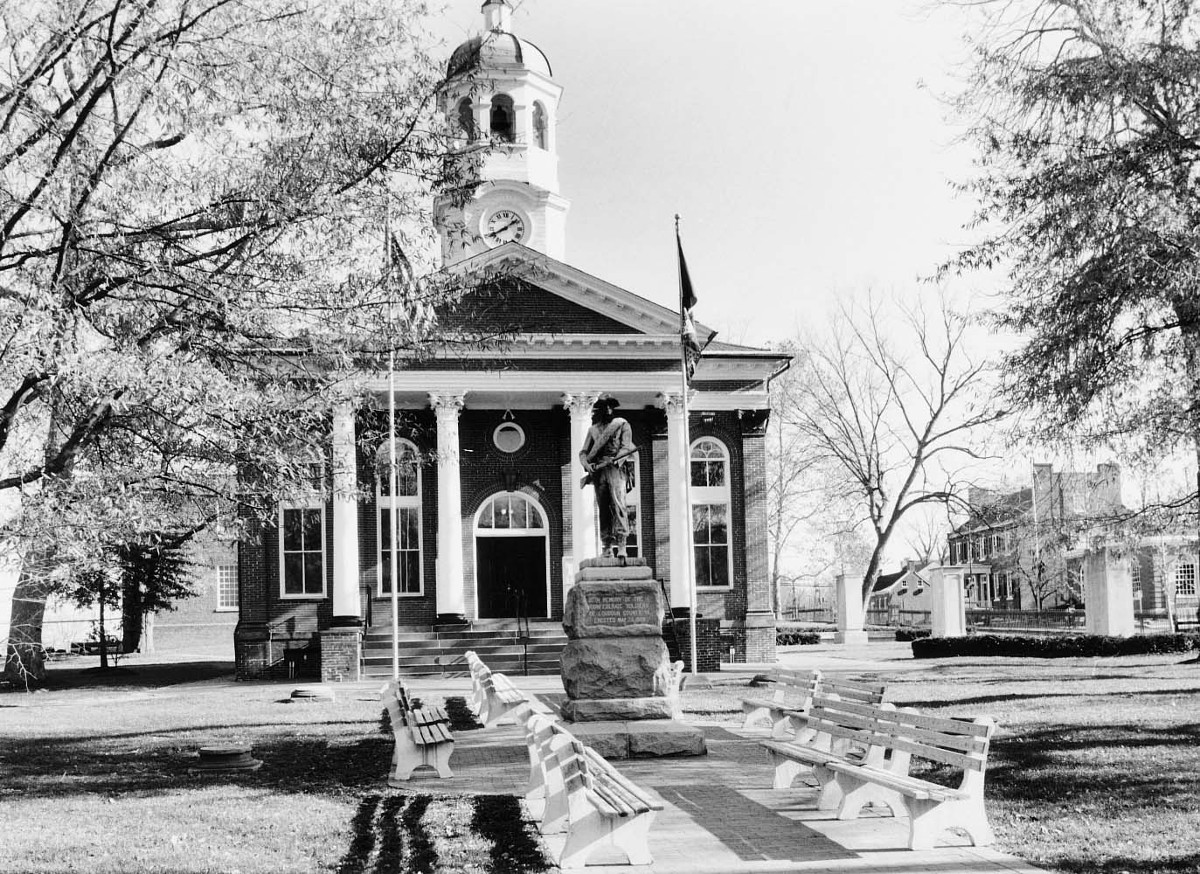 Established in 1758, the town of Leesburg was laid out in a 60-acre grit surrounding Nicholas Minor’s tavern. It evolved into a Piedmont county seat with a varied assemblage of domestic, commercial, and governmental buildings spanning three centuries. Preserving a nostalgic, small-town character, the district is centered around a park-like court square containing the 1895 classical courthouse and a porticoed Greek Revival academy building, now used for county offices. Lending distinction is a collection of regional vernacular architecture, including shops, compact town houses, and three early taverns. A scattering of Victorian structures contrasts with these plainer buildings. Leesburg was first known as Georgetown, after George II, but its name was changed to honor Francis Lightfoot Lee, signer of the Declaration of Independence, who owned property nearby. The district’s thirty-six blocks are in a rough grid of largely tree-lined streets.

In 2002 the district boundary increased to take in areas containing more late 19th- and early 20th-century structures in the town to better illustrate both its development history and its variety of architectural treasures.
[VLR Listed: 12/1/2001; NRHP Listed: 5/22/2002]