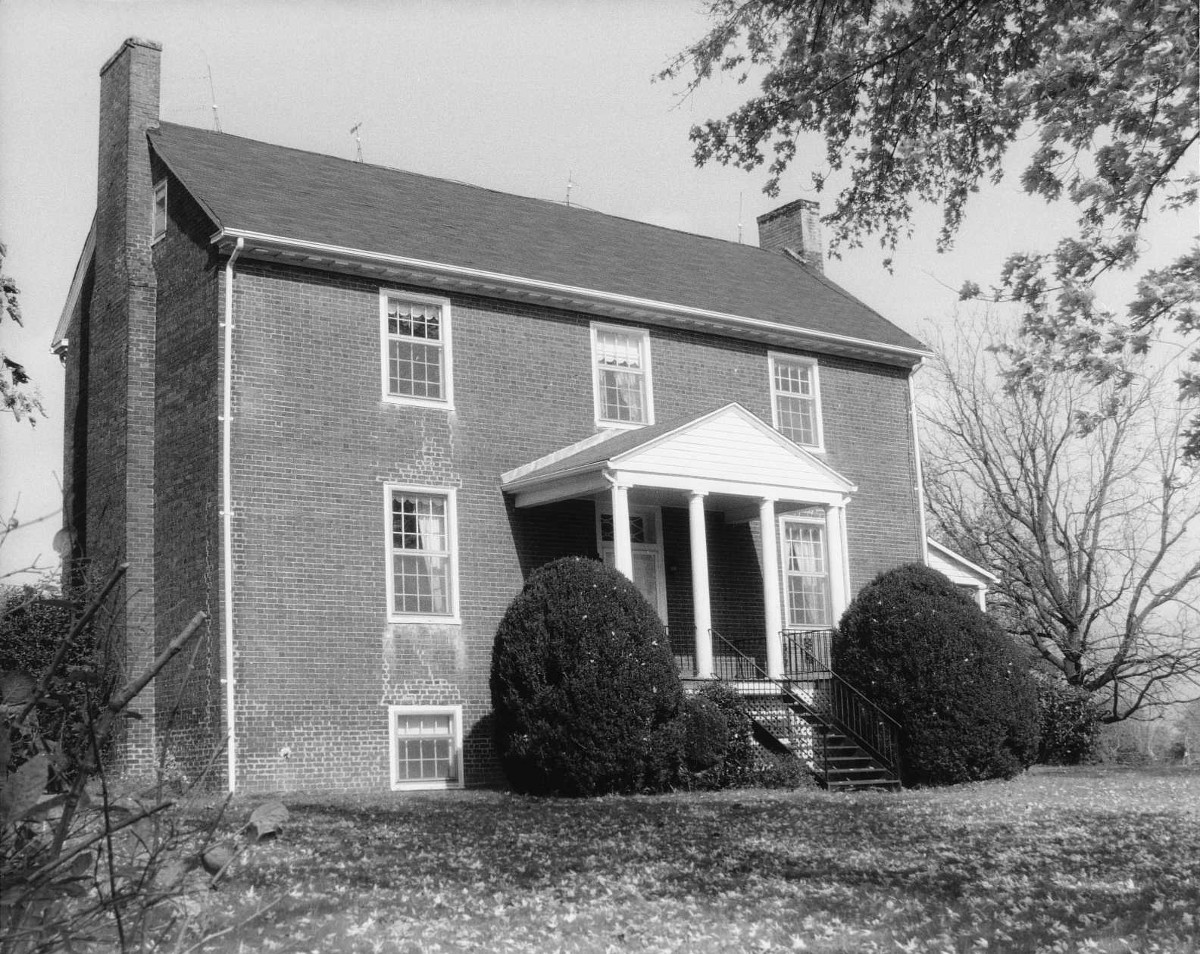 Deep in the Franklin County countryside, the Finney-Lee House is a surprisingly refined late Federal I-house exhibiting handsomely crafted wooden trim and Flemish-bond brickwork. Such dwellings, although not commonplace, were preferred by many southern Virginia gentry families in contrast to the more robust Greek Revival plantation mansions of the Deep South. The house was built in 1838-39 for Peter Finney, owner of some 3000 acres and thirty slaves, who died shortly before its completion. In 1855 Finney’s son William sold the house and 445 acres to Charles C. Lee whose wife Louisa was Peter Finney’s daughter. Delicately detailed Federal ornamentation is found on the stair brackets and mantels. On the second floor is a so-called “traveler’s room,” a room originally accessible only from a stair in the dining room. Among the farm buildings are two ca. 1900 tobacco barns and a tobacco packhouse.