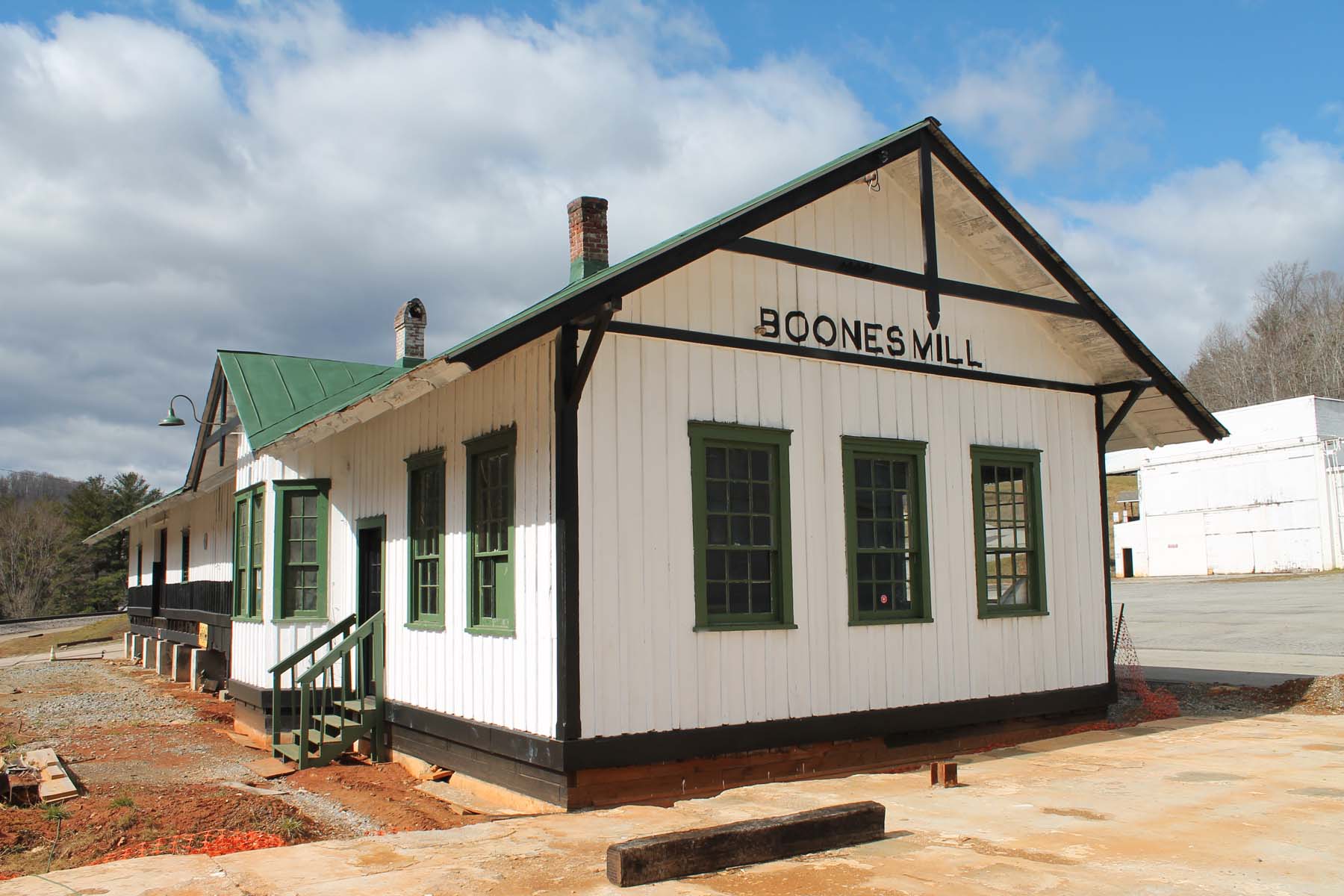 The former railroad station at Boones Mill—commonly known as the Boones Mill Depot—was erected in 1892 by the short-lived Roanoke and Southern Railway Company (R&S). The depot and other R&S infrastructure was leased to the larger Norfolk & Western Railway (N&W) from soon after its construction until being purchased in entirety by the N&W. A well-known local landmark, owing in part to the historical importance of the railroad in the region, the depot served as a central transportation hub of the Town of Boones Mill and the surrounding Franklin County. Local businesses relied heavily on the depot and railroad as the volume of area agricultural and industrial production continued to grow throughout the first half of the 20th century, and the depot served numerous passengers as well. Architecturally, the depot is a well-preserved example of the Railroad Style favored by southern railroad companies during the period. It closed to passenger service, after 73 years, around 1965, although freight service continued until about 1970, when N&W retired it from use altogether. The depot became property of the Norfolk Southern Railroad (NSR) in 1982 and withstood years of vacancy and neglect. In 2014, NSR offered the depot to the Town of Boones Mill on the condition that the town relocate it.