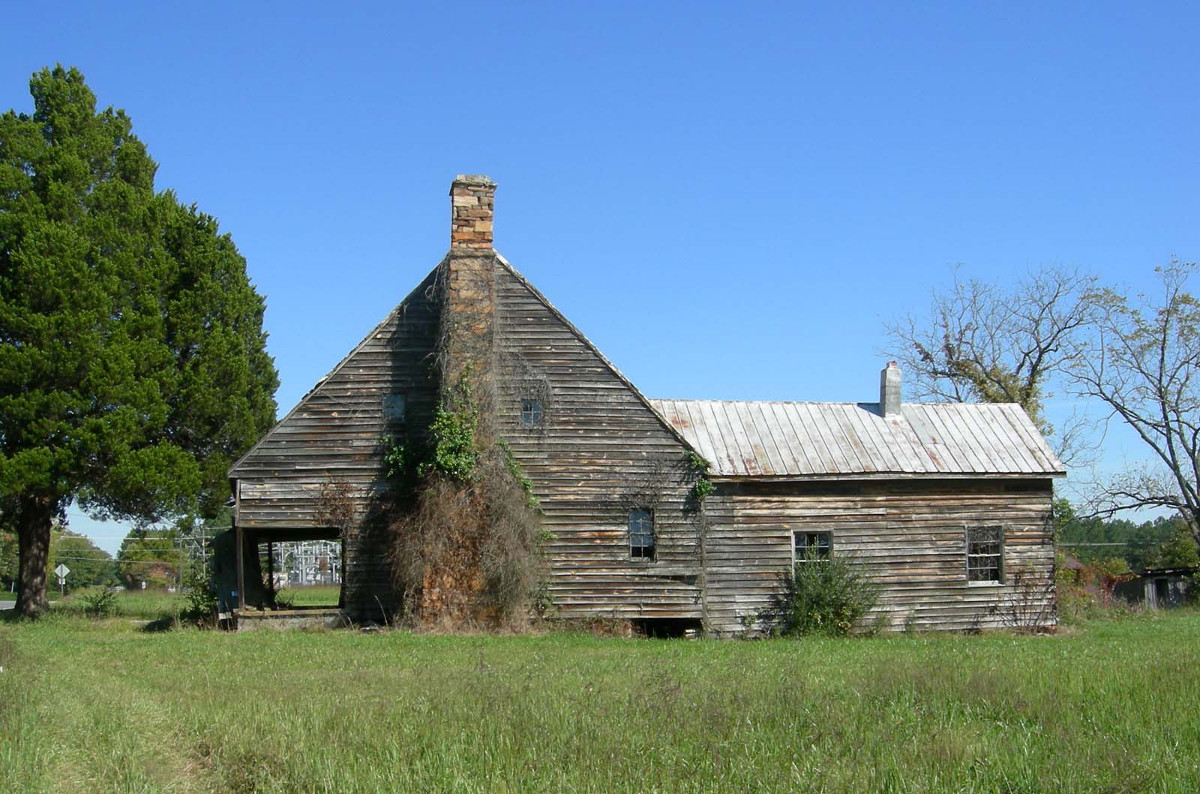 DeJarnette’s Tavern is considered to be the most unchanged 18th-century tavern in Virginia. Built in the late 1700s, it was named for Daniel DeJarnette, the son of James Pemberton DeJarnette, whose Huguenot family had fled France in 1685. According to legend, Daniel won the tavern in an arm wrestling match. In addition to a tavern, the building has served as a stagecoach station, mustering place for Civil War soldiers, and the meeting site for an aborted 1802 slave revolt. The wood-frame building features a distinctive recessed entry porch, and the first floor is arranged in a typical tavern floor plan with large communal spaces. The second floor is arranged more appropriately for a living space, suggesting that the DeJarnettes lived in the building while it served its community functions. The property also has two tobacco barns, a chicken coop, and a log granary. The tavern remained in the DeJarnette family for six generations, and was occupied until 1978, when Lawrence DeJarnette died. Despite no longer operating it as a tavern in later years, the DeJarnettes still used it as a community gathering place for Saturday dances with local musicians.