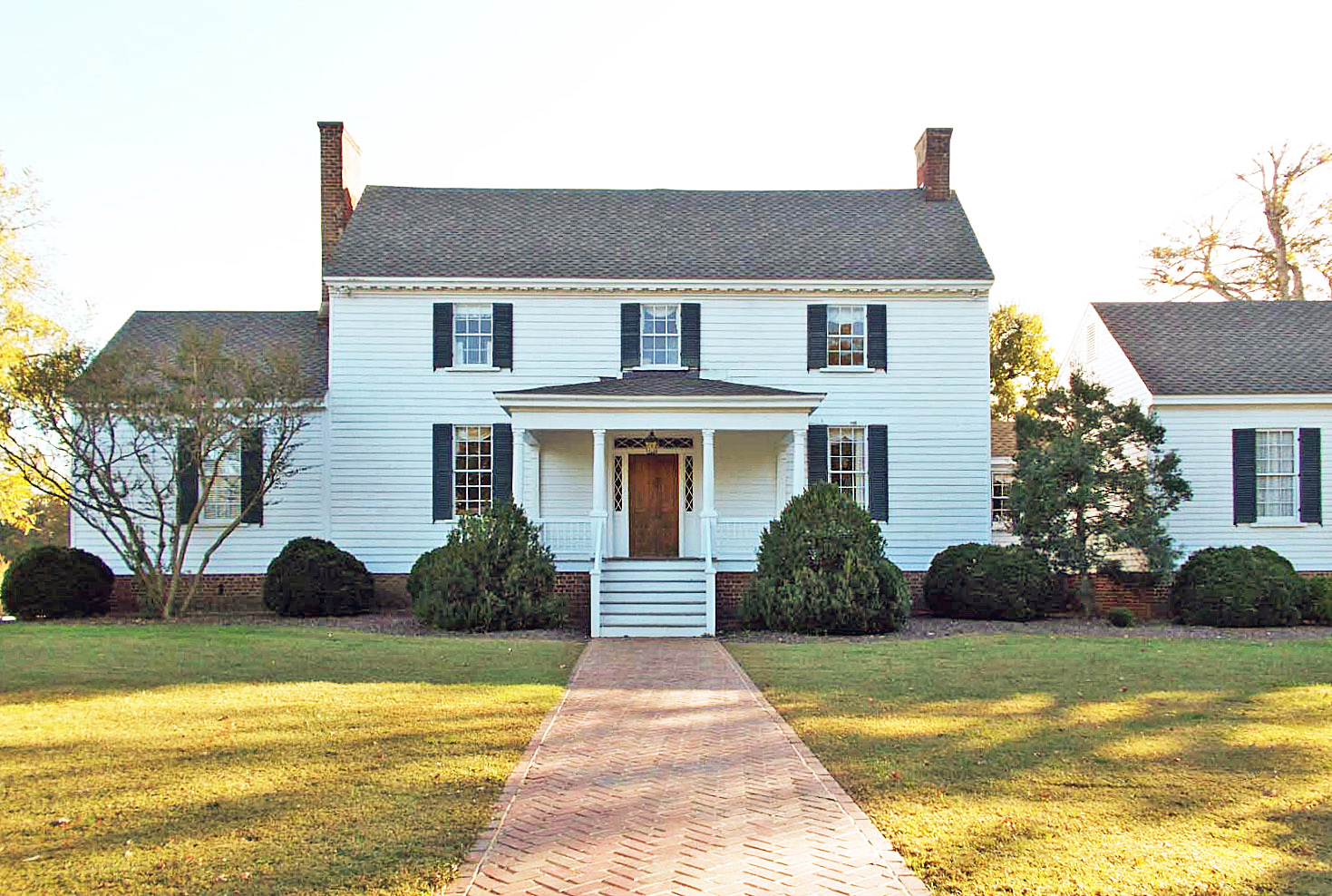 Located on the Hyco River in south-central Halifax County, Oak Cliff is significant for its diversity of architectural features that derive from Georgian, Federal, Greek Revival, and Gothic Revival styles. Built originally in the Georgian style around 1792 for General Joseph Jones, a Petersburg merchant, planter, and civic leader, the house and property may have served as Jones’s summer residence and base of operations for the management of his upcountry plantations. The English-bond construction of the house’s west chimney is unusually late and geographically far west in Virginia for such a chimney, a detail that may reflect the Petersburg roots of Jones or his brickmason. Oak Cliff’s transitional Federal-Greek Revival details relate to an 1830s remodeling during the ownership of William and Jane Carrington. A wing of the building with Greek Revival detail was added about 1850. On the grounds are a Carrington family cemetery with a decorative iron fence and professionally crafted marble tombstones as well as the circa 1880s stone abutments of an Atlantic & Danville Railway bridge and pedestrian-vehicular bridges over the Hyco River, which borders the property.