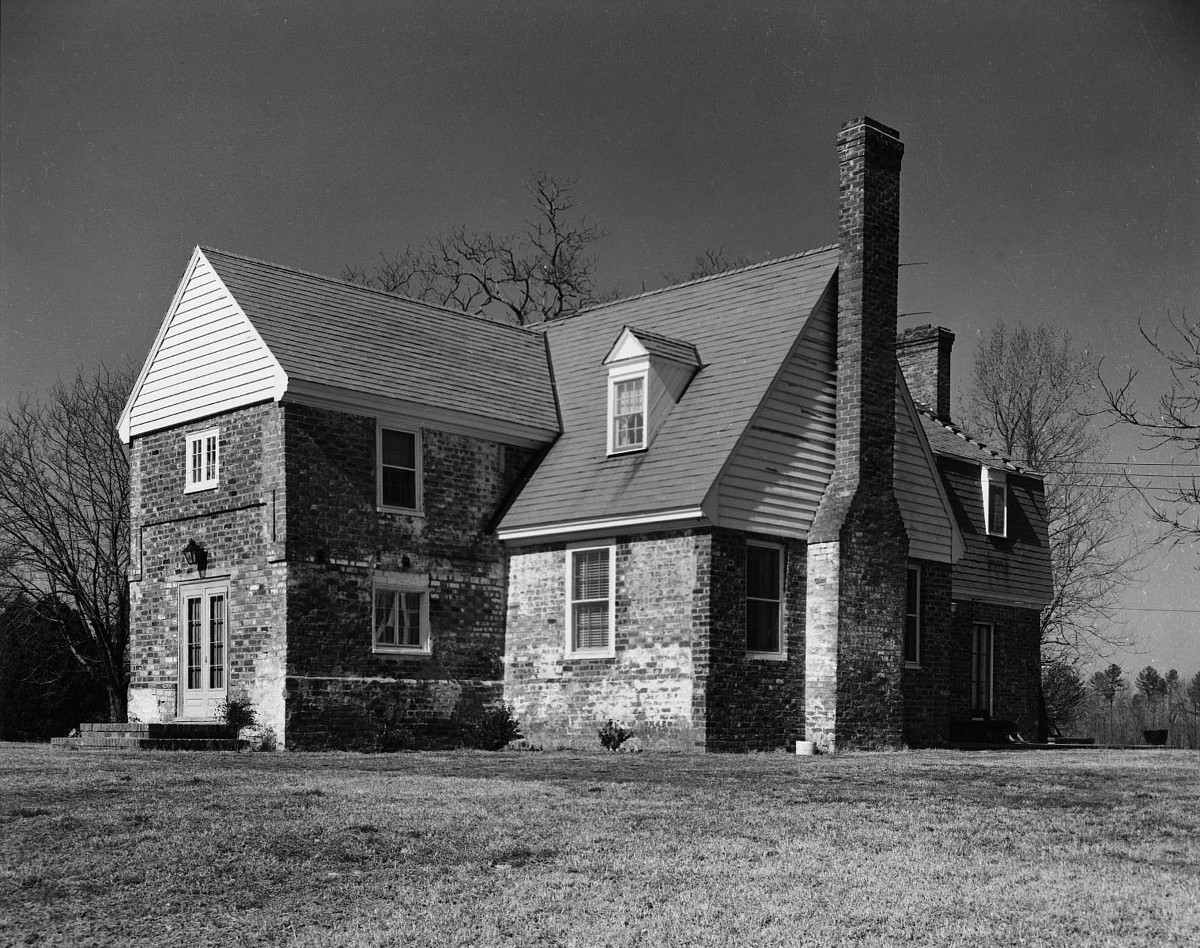 Virginia’s few surviving Stuart-period houses generally follow traditional English vernacular forms of earlier decades and show little classical influence. Criss Cross, an engaging small manor house in rural New Kent County, reveals this phenomenon most clearly. Named for its cross-shaped plan, the story-and-half house, erected ca. 1690 for George Poindexter, is dominated by a two-story projection containing the entrance and chamber above. A ca. 1790 rear wing may have replaced an original stair tower that would have made the house cross-shaped originally. Irregularities in the brickwork tell of other alterations. Inside are rare exposed framing members and decorative details. Illustrating the persistence of traditional forms in remote areas is the decidedly postmedieval quality of the scroll carving on the post supporting a large summer beam and the paneling of the entrance vestibule doors.