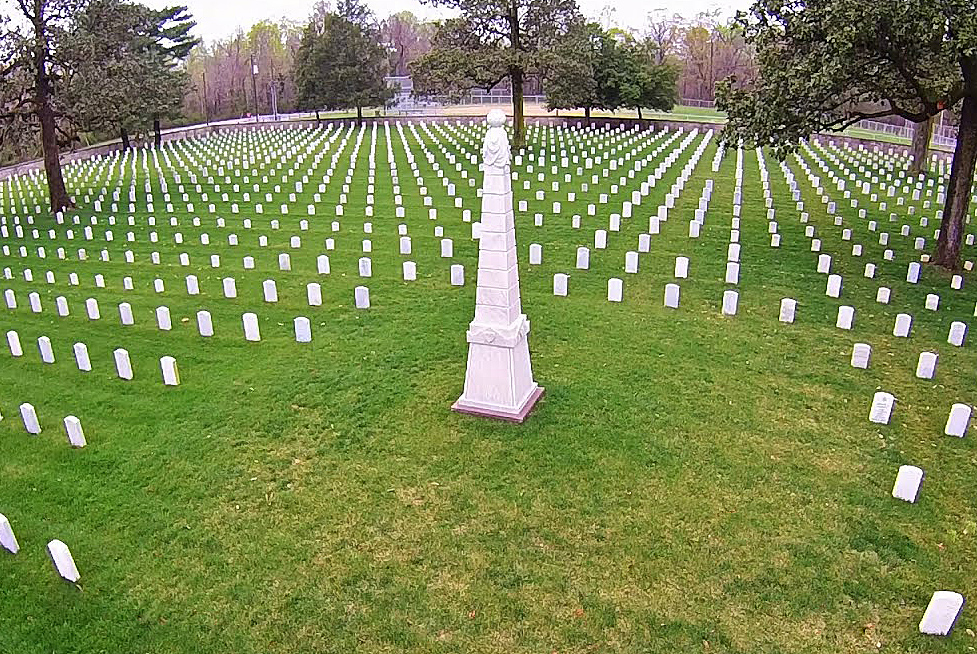 Established in July 1866, the City Point National Cemetery occupies part of the site of the great Union supply depot created in June 1864 in Hopewell for the army besieging Petersburg and Richmond. During the last year of the Civil War, U. S. soldiers who died in City Point hospitals were buried here, and after the war reinterments occurred from grave sites in Charles City and Chesterfield counties. Also reburied in the cemetery were the remains of twenty Confederate and Union soldiers discovered in and around the city of Hopewell in the 1950s and 1980s. Altogether, there are 5,156 interments of Civil War soldiers and sailors, of which 118 are Confederates. The superintendent’s lodge dates from 1928.  The City Point National Cemetery was listed in the registers under the Civil War-Era National Cemeteries MPD.