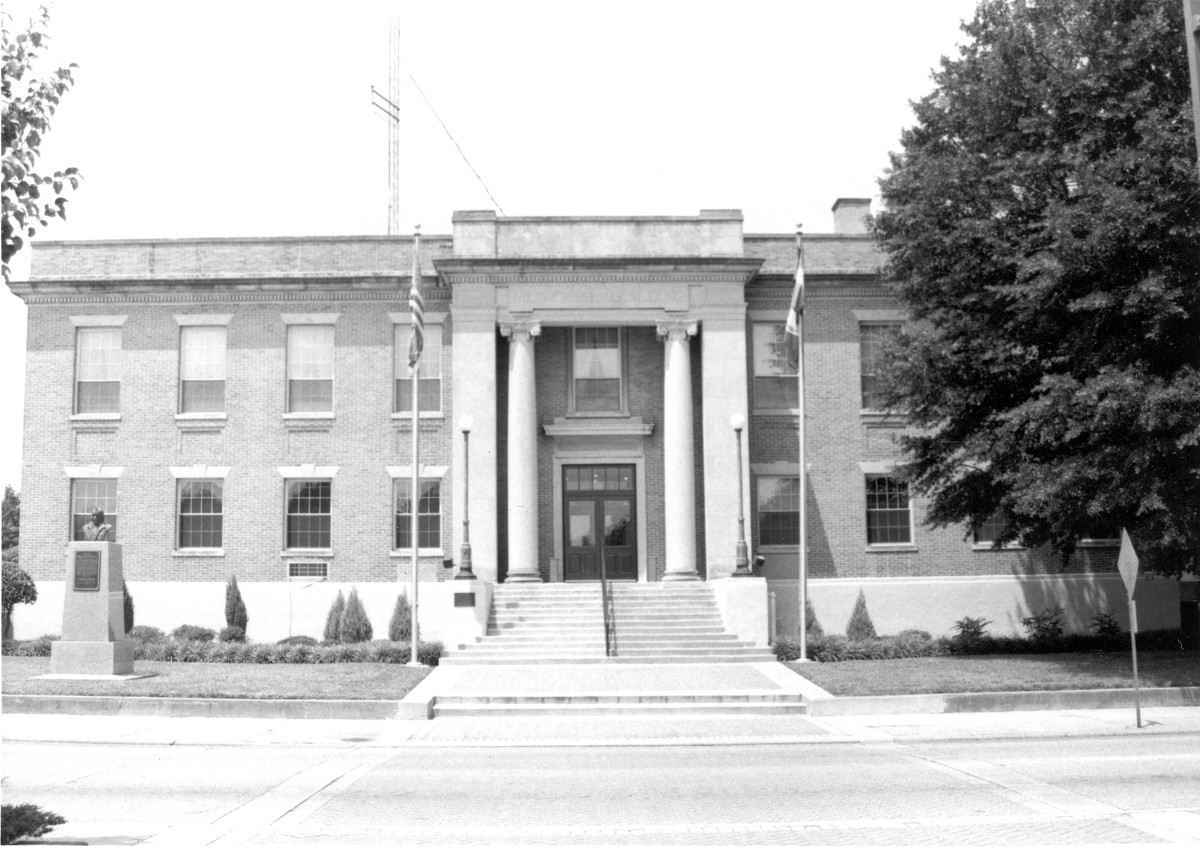 A community at the junction of the Appomattox and James rivers was established in 1613 as Bermuda City, later known as City Point. The adjacent Hopewell industrial community was incorporated as a city in 1916. The City Municipal Building, built in 1925, served as Hopewell’s first official courts building. It is architecturally significant as a fine example of neoclassical architecture, the prevalent style of the great majority of courthouses built in eastern Virginia in the early 20th century. Designed by architect Fred Bishop, who left his mark on a number of other significant constructions in Hopewell—the Beacon Theatre, Highland Park School (now the Westover), and the D.L. Elder Building on Main Street—the building stands on Main Street at the center of the historic core of the city of Hopewell. The most impressive interior feature of the building is a mural, painted by Jay Bohannon in 1989, depicting the history of Hopewell.