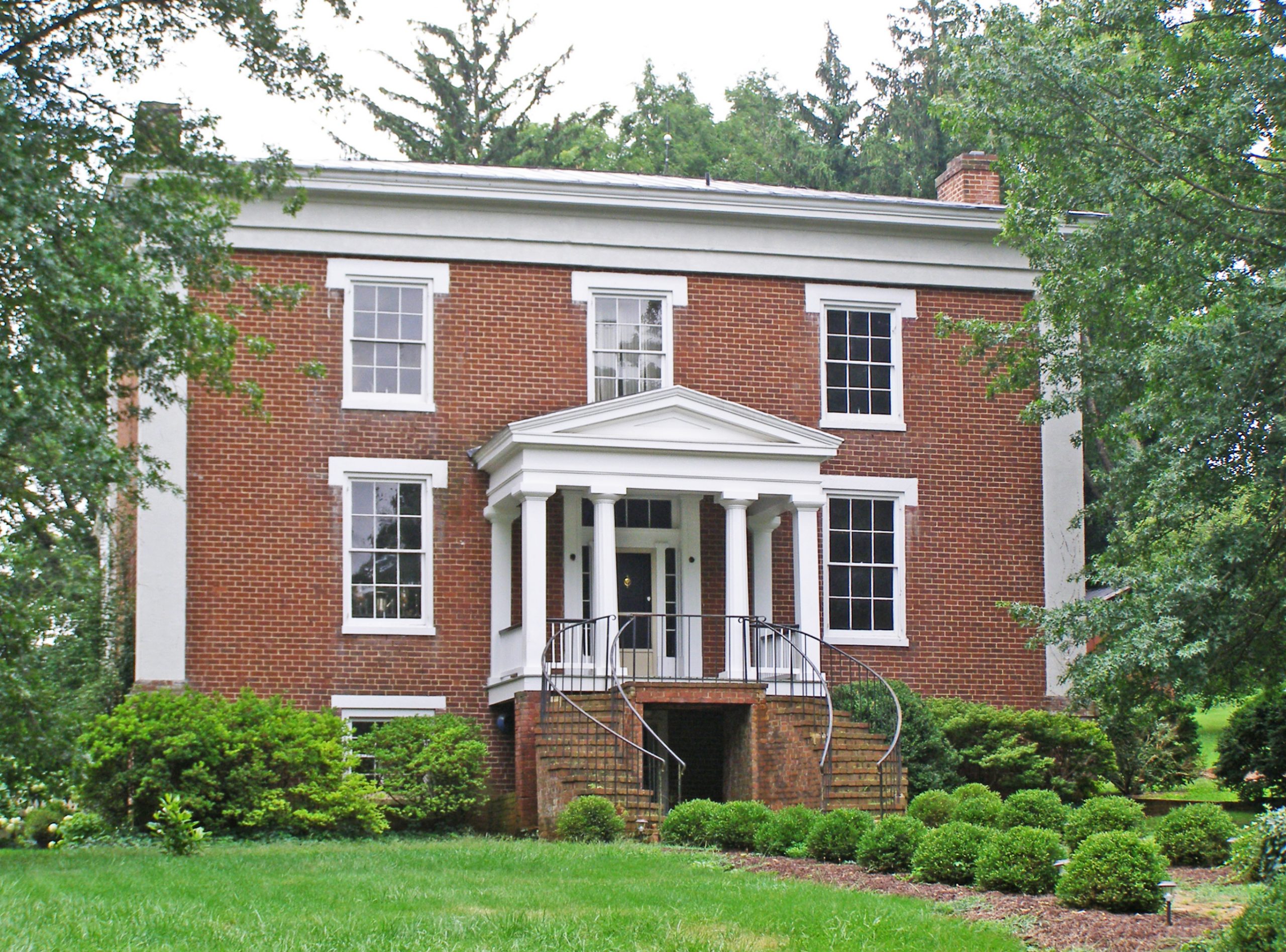 During the mid-19th-century, the now largely developed Roanoke Valley was dotted with farms the more prominent of which had dwellings designed in a plain but imposing Greek Revival style. One to survive is Lone Oaks, built ca. 1853 by the entrepreneur Benjamin Deyerle for his own residence. Among his several businesses Deyerle operated brick kilns, and tradition has it that he made the bricks for Lone Oaks. Deyerle is also credited with building a number of similar houses in the area, although his activity as a master builder is yet to be documented. Features of Lone Oaks shared with other Roanoke Valley Greek Revival houses are the plain Doric entablature with corner pilasters, a three-bay façade, shallow hipped roof, and entry portico. Lone Oaks, also known as Winsmere and now within the boundaries of the city of Roanoke, remains a private residence and preserves several original outbuildings.