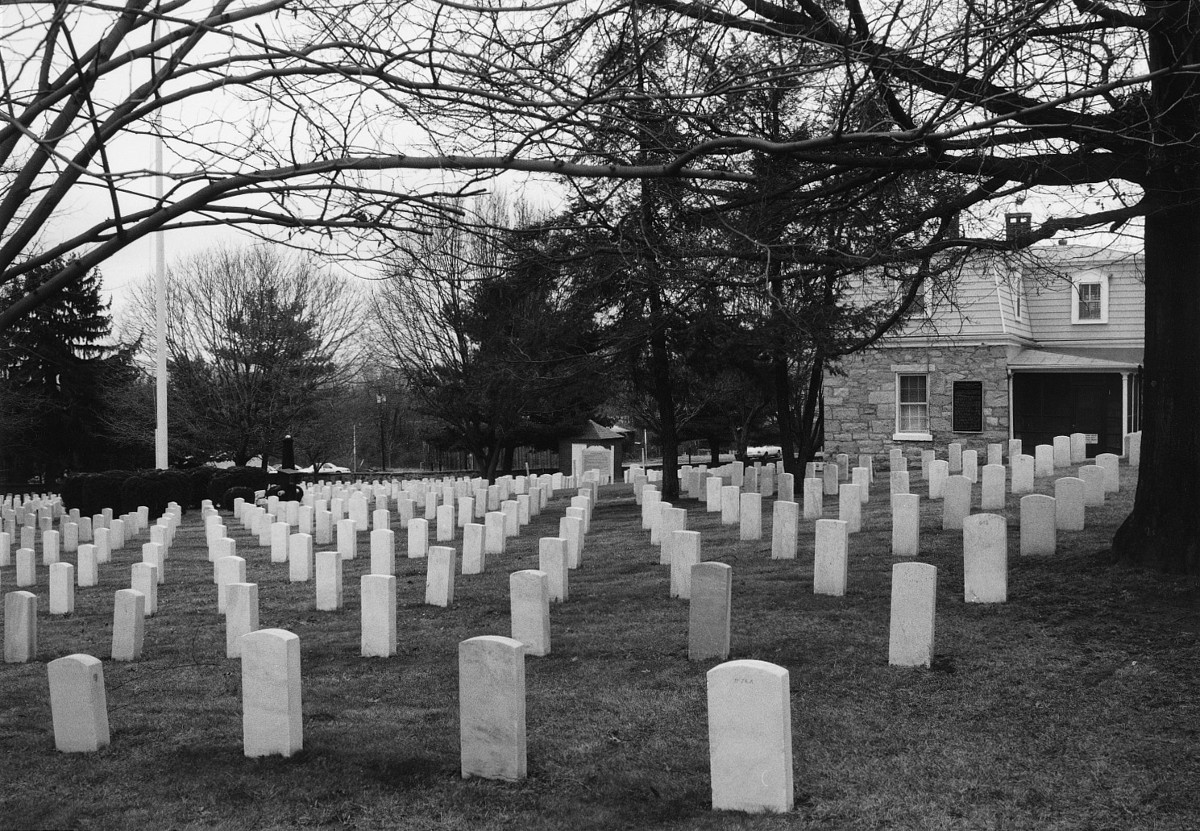 The superintendent’s lodge at Staunton National Cemetery was built about 1871 in the Second Empire style from a design by Quartermaster General Montgomery C. Meigs. The cemetery itself was established in 1866. More than 750 Union soldiers are buried here, mostly casualties from the Shenandoah Valley battles of 1862 and 1865, including Cross Keys, Port Republic, and Waynesboro. Sixty-seven Union prisoners of war also are interred in the cemetery. One of the men killed at Cross Keys on June 8, 1862, Nicolae Dunca, was a Romanian who served as a captain on the staff of Maj. Gen. John C. Fremont, the Union commander at this battle. Cross Keys was the second-to-last battle in Maj. Gen. Thomas J. “Stonewall” Jackson’s great Shenandoah Valley campaign.  The Staunton National Cemetery was listed under the Civil War-Era National Cemeteries MPD.