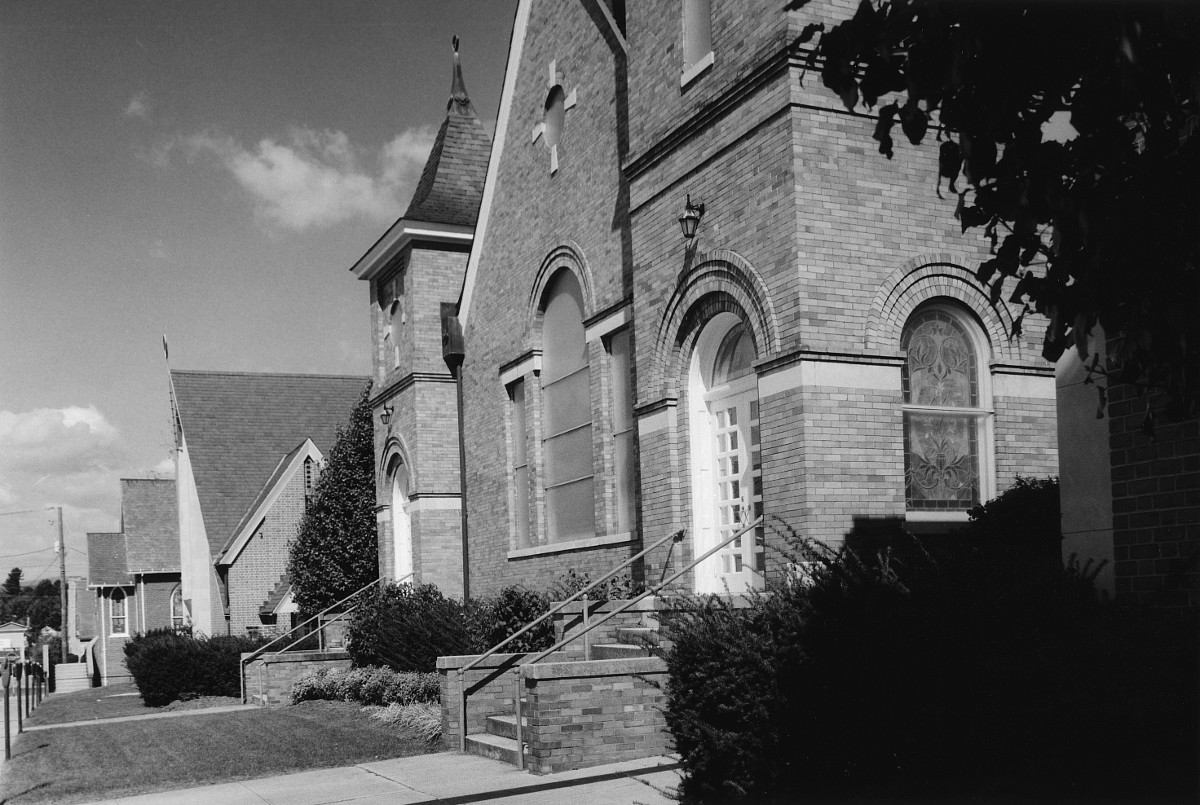 The Montgomery County town of Blacksburg’s downtown incorporates a varied collection of historic structures chronicling the town’s evolution from 1798, when it was laid out by its namesake William Black on a sixteen-square grid, into the present century. The town is unusual for the region as it became a successful community independent of being a county seat. Although it originally flourished serving the area’s prosperous farming community, Blacksburg’s steady growth and affluence was assured when Virginia Polytechnic Institute was established here in 1872. Blacksburg has since comfortably accommodated its role as a classic college town. The large number of university students and employees has maintained the Main Street commercial area as a remarkably cohesive core for a town its size. The parallel Church Street is aptly named for its splendid progression of churches. Sprinkled through the Blacksburg Historic District is an impressive range of house types, from log structures to bungalows.

The Blacksburg Historic District was listed in the registers under the Prehistoric and Historic Resources of Montgomery County MPD.