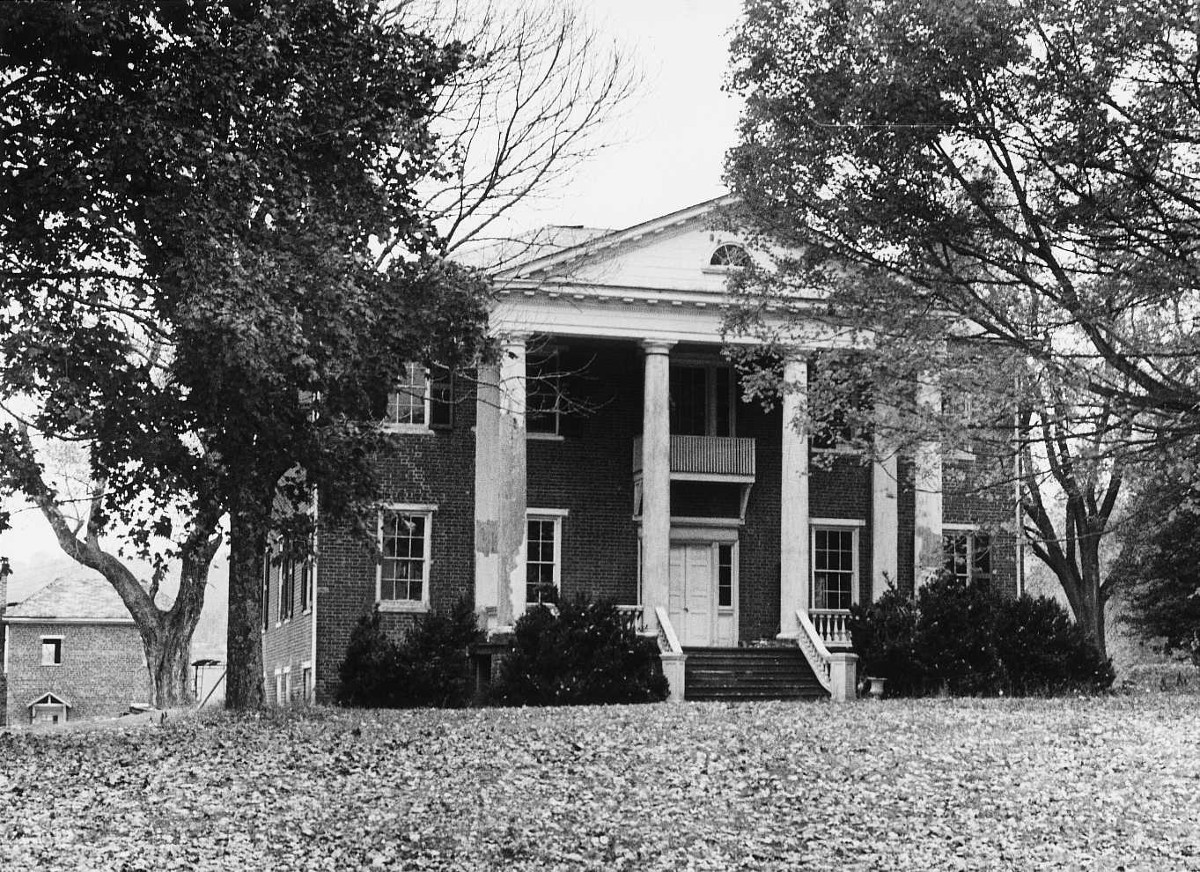 This imposing Federal-style mansion was built from profits amassed by Charles Ellis through various mercantile ventures. Ellis, whose family had owned the property since the 1750s, formed a partnership with Richmond businessman John Allan, foster father of Edgar Allan Poe. Completed in 1825, Red Hill was the home of Charles Ellis’s younger brother, Richard Shelton Ellis, who managed the family’s Amherst properties. The Adamesque detailing and formality of the spacious plan suggests that the Ellises were familiar with the grand Federal-style town houses then being erected in Richmond. The spiral stair is based on a design in Owen Biddle’s Young Carpenter’s Assistant, (1810), a work sold in Richmond. From 1869 to 1898 Red Hill was owned by the Presbyterian preacher/architect Robert Lewis Dabney. The 20th-century portico replaced an earlier porch.