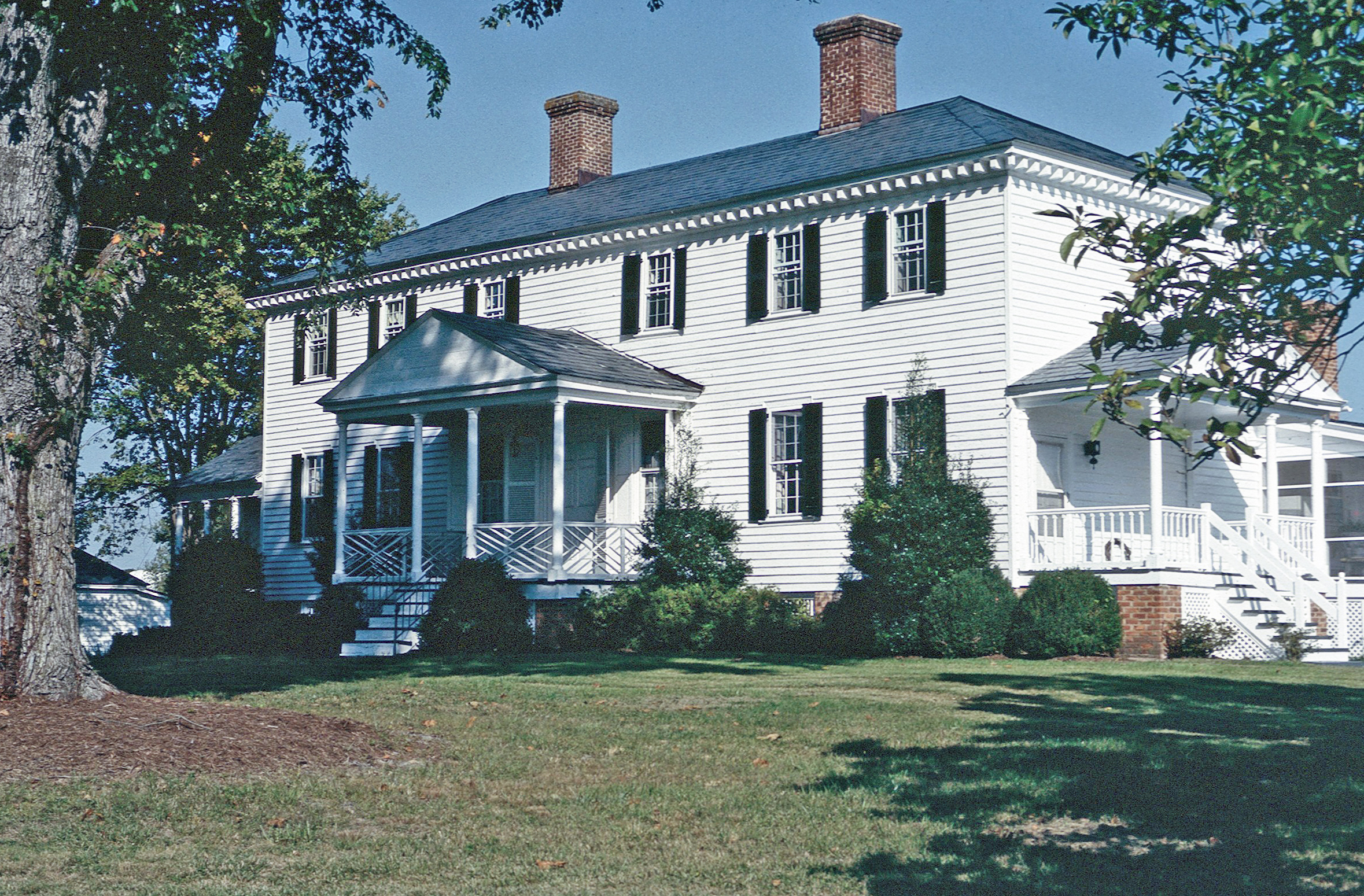 Revolutionary patriot Carter Henry Harrison was the original owner of Clifton. As a member of the Cumberland Committee of Safety, Harrison wrote the instructions for a declaration of independence from “any Allegiance to his Britannick Majesty,” presented to the Virginia Convention of May 1776. The convention was among the first of such bodies to declare outright for American independence. Clifton originally was included in a grant willed to Thomas Randolph in 1723 by his grandfather Robert (“King”) Carter. Dating from the mid-1700s, the mansion is an excellent example of the architectural formality that could be achieved in Georgian architecture using wooden construction. Wood frequently was preferred over masonry since wooden houses tended to be less damp. The house retains its early molded weatherboarding and a fine suite of paneled rooms. The rooms have later Greek Revival mantels copied from Asher Benjamin’s Practical House Carpenter (1830).