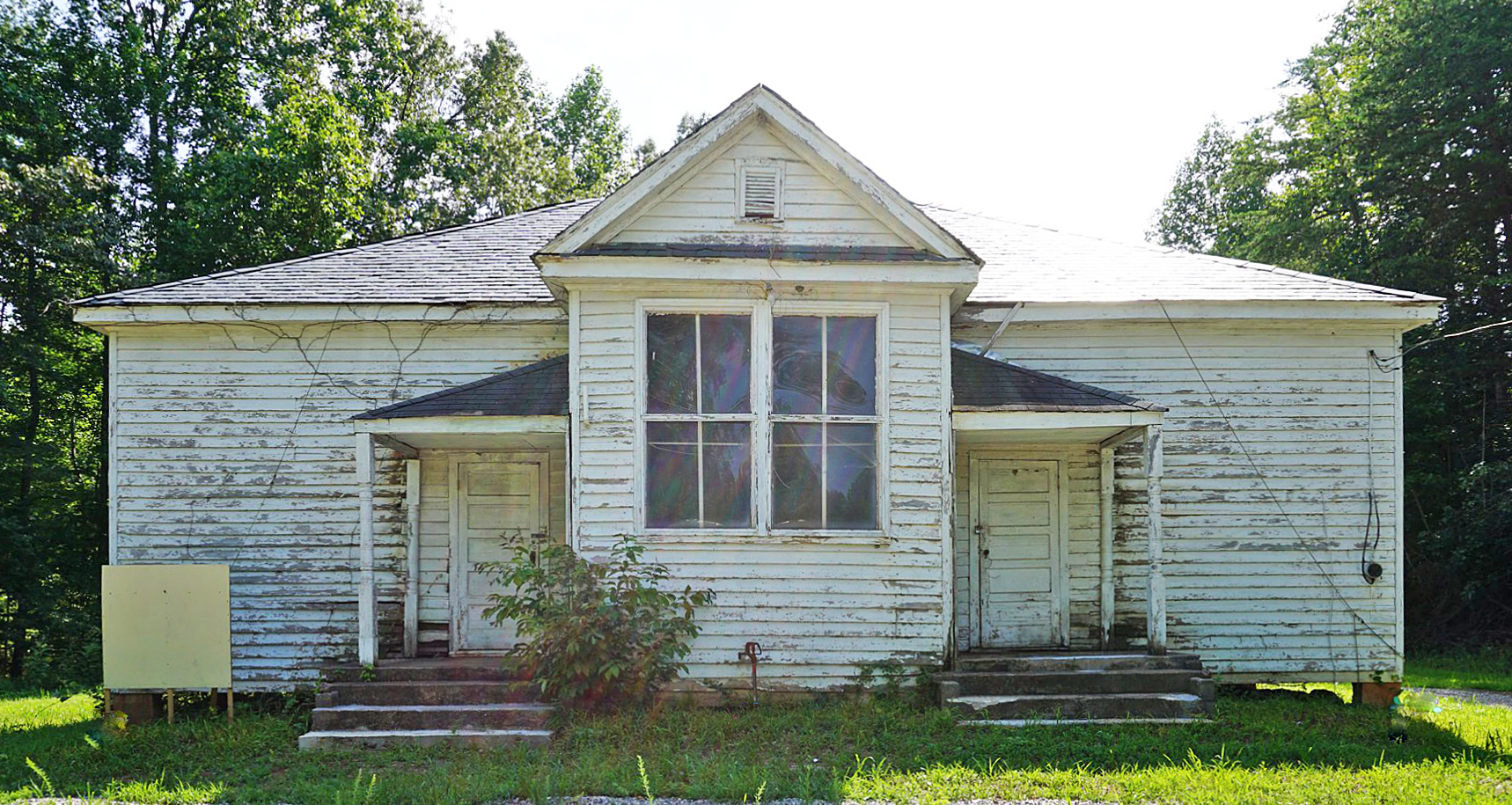 Pine Grove Elementary School, constructed in 1917, is one of six schools for African American students built in Cumberland County that are associated with the Julius Rosenwald Fund. Philanthropist Rosenwald, who was part owner and leader of Sears, Roebuck and Company, and Booker T. Washington, president of the Tuskegee Institute, established the Rosenwald Fund to improve educational opportunities for African American children in the American South. During its years of operation between 1917 and 1932, the fund contributed architectural plans and finances toward the construction in Virginia of more than 380 so-called Rosenwald schools. For the Pine Grove School the Rosenwald Fund contributed $50 and building plans, supplemented with $500 in contributions from the black community, and $1,000 in public subsidies to cover construction costs. In accord with Rosenwald plans, Pine Grove School is a two-teacher building, although it deviates from those plans by use of locally quarried Buckingham slate to clad its hipped roof. The school also omits an “industrial” room, nor does it feature wide overhanging eaves with exposed rafters, as most Rosenwalds do. Pine Grove School was an integral part of the black community during its decades of operation. It closed in 1964 when Cumberland County desegregated schools and began busing African American students to a newly built Luther P. Jackson High School, which, despite its name, served grades 1 through 12.