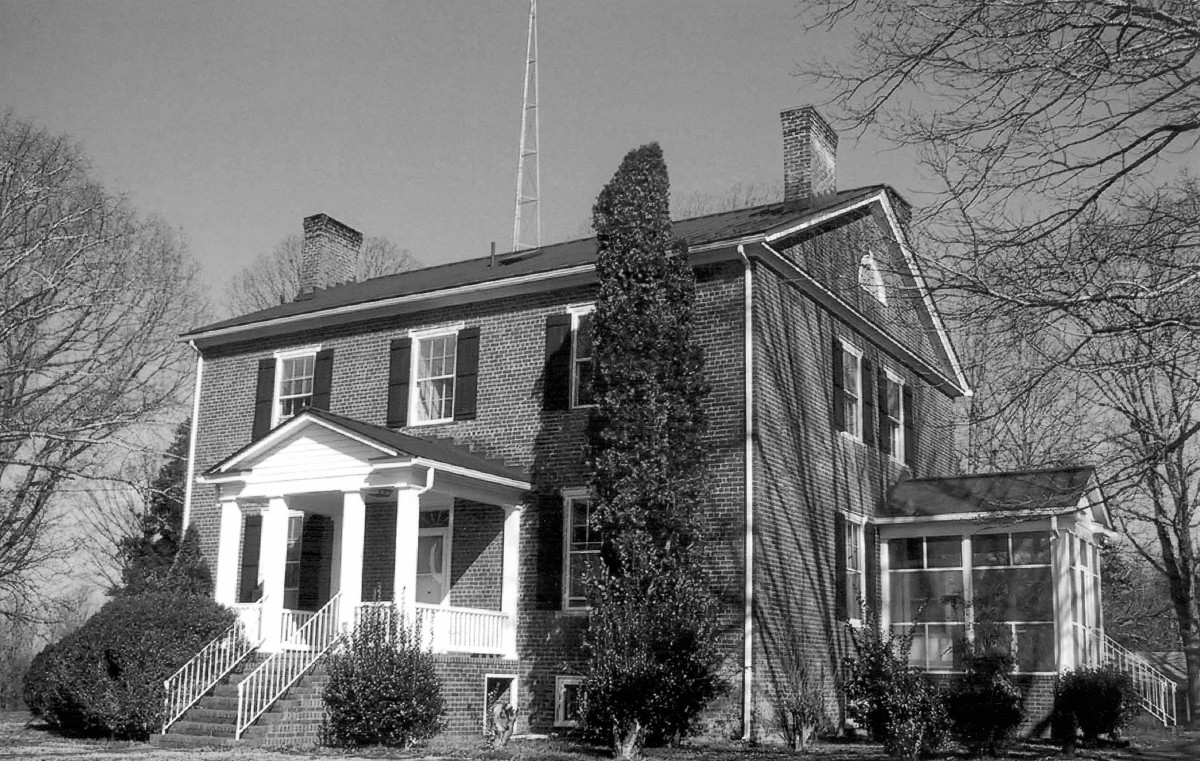 A good example of rural Federal-style architecture that features transitional elements of early Classical Revival and Greek Revival styles, and currently located within Cumberland State Forest, Trenton is a two-and-one-half-story, three-bay brick dwelling constructed circa 1829. The center-passage, double-pile plan of the house, and the Palladian-like motif used in the entryhall are hallmarks of the Federal style, the influence of which is also seen in the notable interior woodwork. Around 1960, a one-story, shed-roof addition was constructed on the north side of the dwelling, and the south side became the main entrance. Otherwise, alterations have been minimal to Trenton, locally known as the “Brick House.” In 1936, the U.S. government acquired the property under the Resettlement Administration, and it was conveyed to the state’s Department of Conservation and Economic Development in 1954. Trenton was used as the forestry superintendent’s home until 1990. At the time of its listing, it served as the state forest’s headquarters.