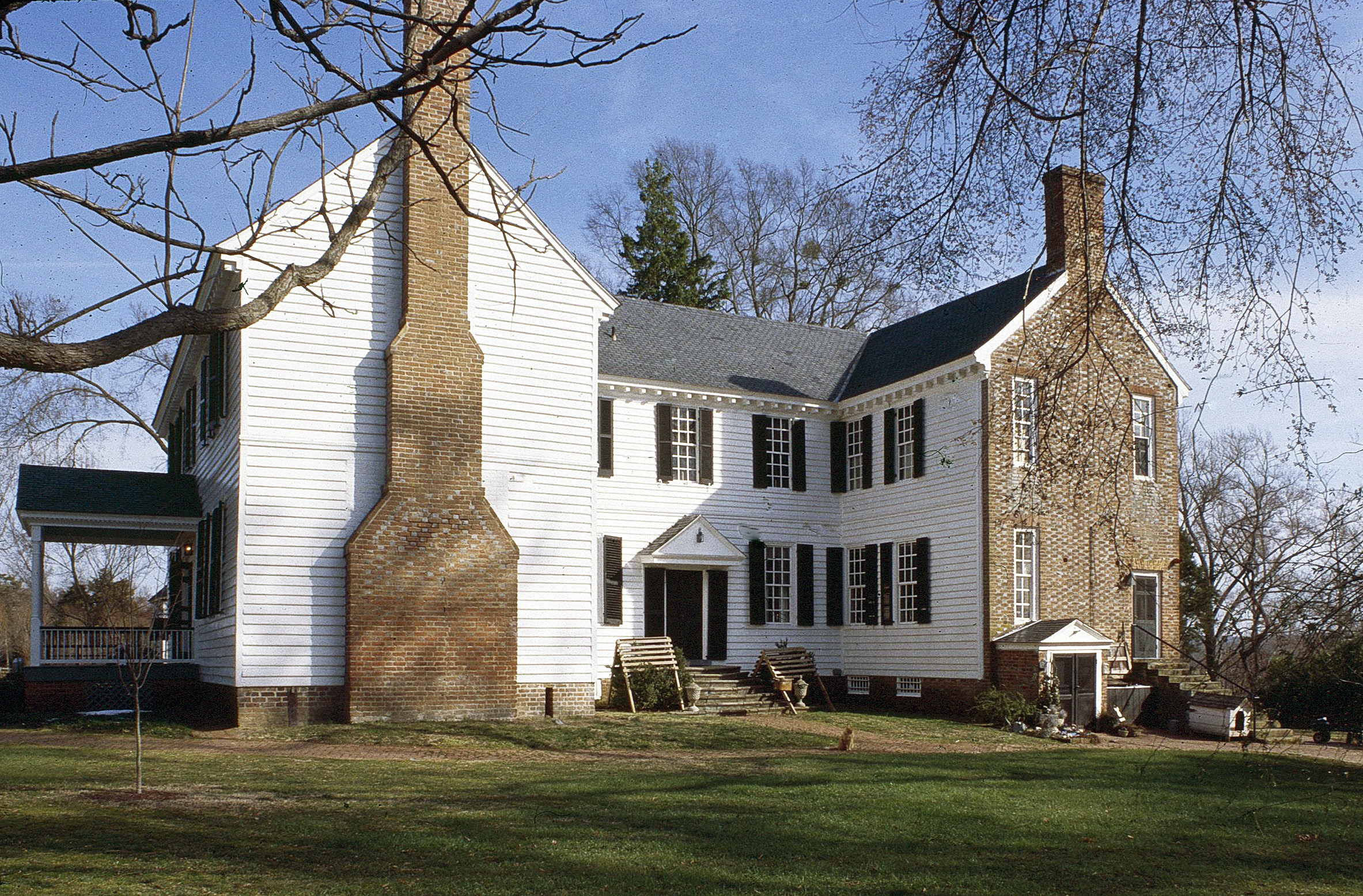 The contrasting qualities of elegance, domesticity, and remoteness, all characteristic of Virginia’s colonial plantation life, are keenly felt at Tuckahoe. The plantation was one of several established by William Randolph of Turkey Island for his sons. His second son, Thomas, probably built the north wing by 1723. The south wing, connecting saloon, and carved woodwork were most likely added by Thomas’s son, William Randolph, following his marriage in 1734 to Maria Judith Page of Rosewell. The woodwork is colonial artistry at its best. North of the house is a row of early outbuildings forming a rare plantation “street.” The tiny schoolhouse is where Thomas Jefferson attended classes when his parents, Peter and Jane Randolph Jefferson, were at Tuckahoe. Tuckahoe remained in the Randolph family until 1830. In 1935 it was acquired by Mr. and Mrs. N. Addison Baker, whose descendants live there today.

One of the very first properties in Virginia to be listed in the NRHP and designated a NHL, Tuckahoe has long been recognized as one of the finest examples of early-to mid-18th-century domestic architecture representing the colonial period in the United States, as well as Virginia. The architecture has been intensely studied, including dendrochronology analysis of the main house and survey of the numerous outbuildings. Tuckahoe is also an agricultural complex in continuous operation since the early-18th-century. This unbroken history has extended its historic significance beyond the 18th century and includes those resources constructed through the mid-20th-century. A 2019 update to the Tuckahoe nomination chronicles in greater detail the significant architectural features of the main house and the plantation grounds, expands the period of significance and the areas of significance to recognize the continuum of significant owners, agricultural operations and historic events beyond the Randolph family’s ownership and creates a comprehensive inventory of contributing and noncontributing resources on the property.
[NRHP Approved: 10/29/2019]