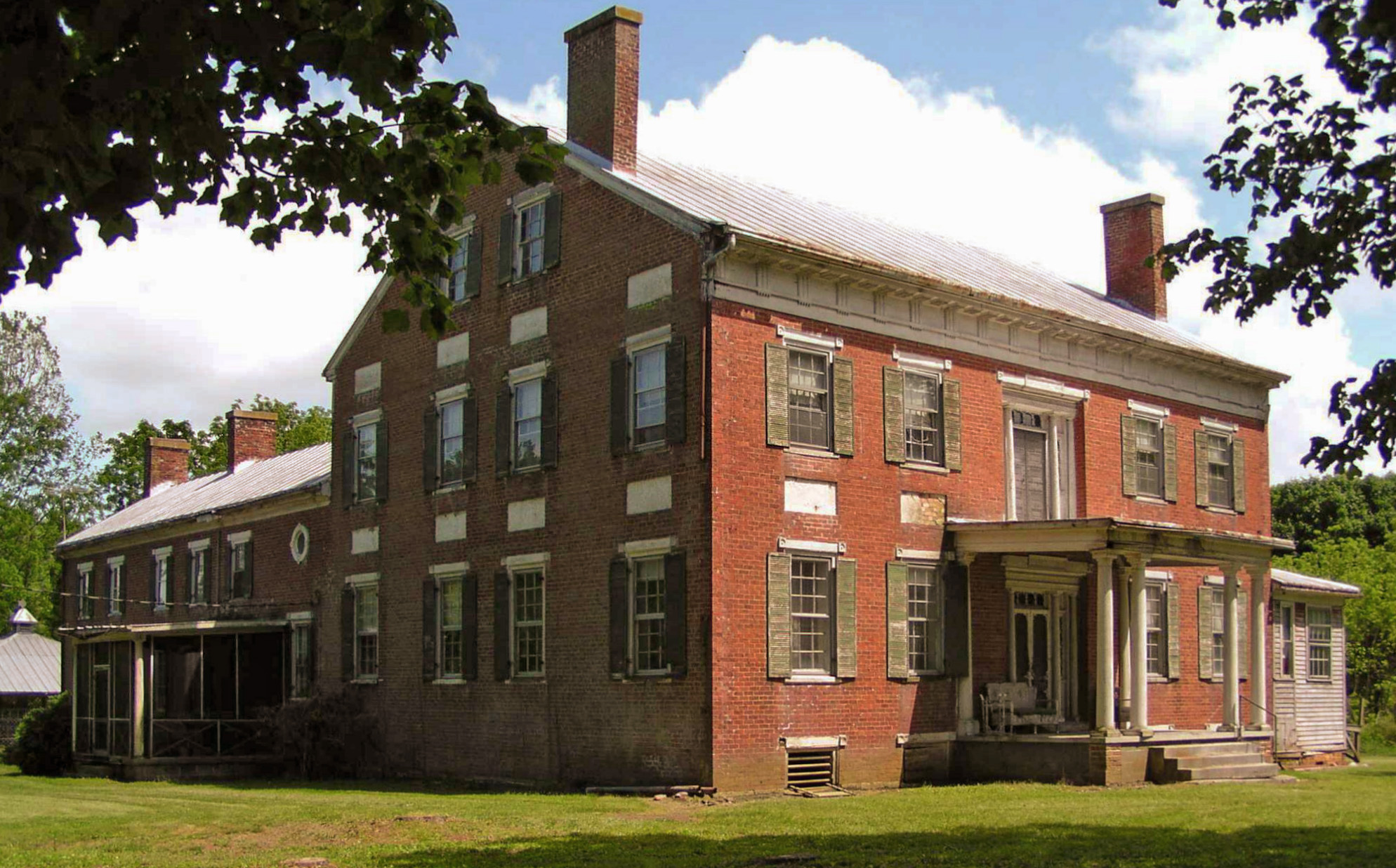 On the Middle Fork of the Holston River at Seven Mile Ford in Smyth County, the Preston House (also known as Herondon) was built in 1842 for John Montgomery Preston on land inherited by his wife, Maria Thornton Carter Preston. The property earlier had belonged to her grandfather, Gen. William Campbell, Revolutionary War hero of the battle of King’s Mountain. Preston built the structure as a conspicuously grand tavern, placing it on the site of an earlier log tavern. The first building had a dubious reputation, and tradition has it that Preston wanted to rid the region of its stigma by creating a clearly superior establishment. The building employed both Federal and Greek Revival elements, and served travelers along the Wilderness Road until 1864 when it became a private residence for Preston’s son. Union troops sacked the house that same year while on a raid towards Saltville and Abingdon.