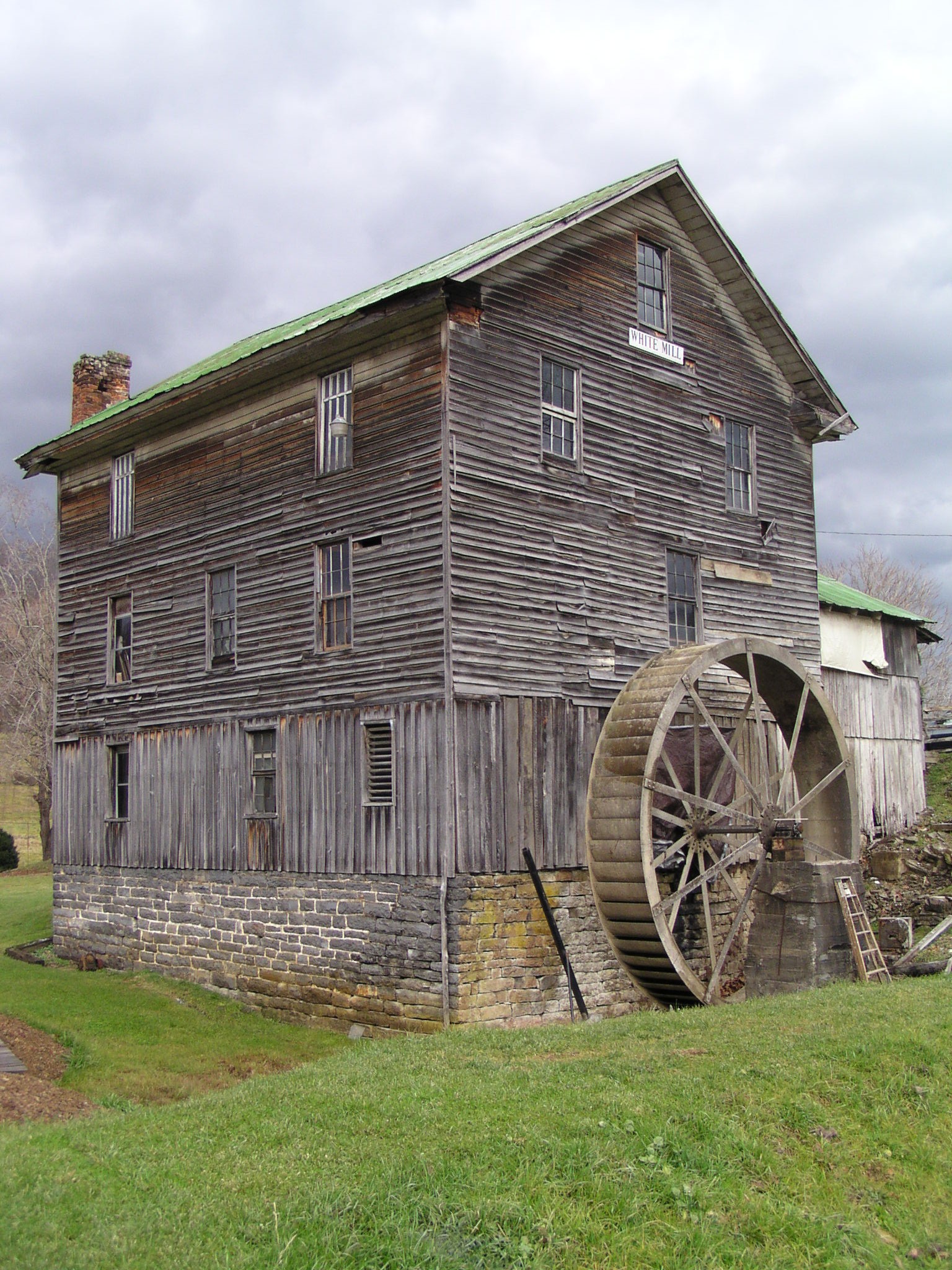 A mill was established here in Toole Creek’s narrow valley ca. 1797 by Thomas Moffett. Col. James White acquired the Washington County property in 1838. The present mill was built ca. 1840 by his son, William Y. C. White, and is one of the state’s handful of operable gristmills powered by an overshot wheel. White’s Mill was built in accordance with mill theorist Oliver Evans’s guidelines published in The Young Millwright and Miller’s Guide (1795). It was expanded to include the late-19th-century innovations in roller mill machinery, making it a demonstration of the technological evolution of gristmilling operation. The original wooden wheel has been replaced by the current twenty-foot-diameter metal Fitz wheel. Most of the original wooden gears and workings are intact, however. The mill, one of the most picturesque in the state, was in regular use until late into the 20th century.