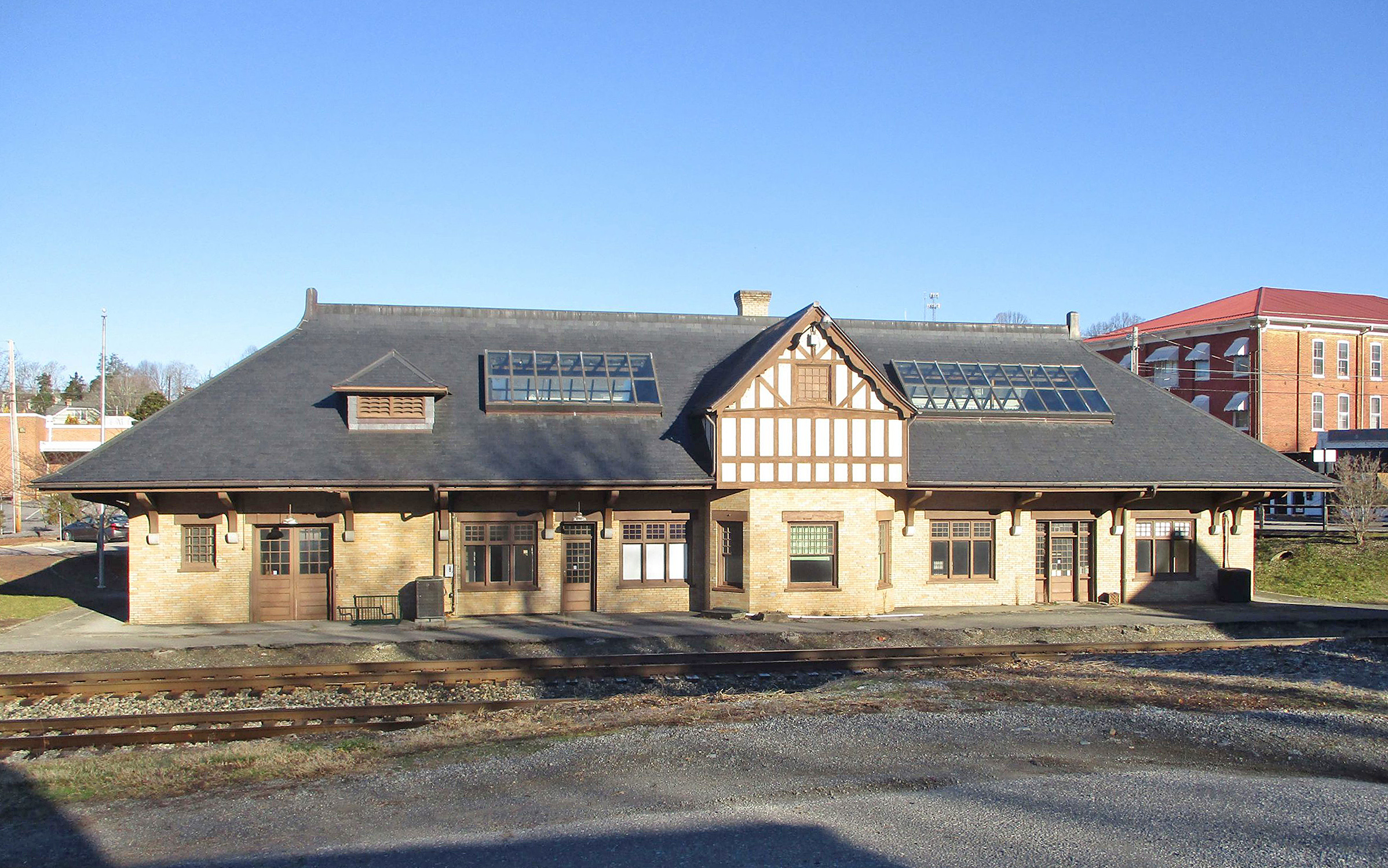 Located one block south of West Main Street in the town of Abingdon in Washington County, the Depot Square Historic District began taking shape around 1856 when the Virginia and Tennessee Railroad extended the first railroad through Abingdon and constructed a depot. The advent of the railroad made Abingdon a regional center of commerce and trade and boosted the town’s growth. Today’s district consists of seven historical buildings and a pedestrian bridge erected around 1922. The earliest building, the three-story Hattie House Hotel, now known as the Mercantile Building, was constructed in 1855. Around 1857 the Greek Revival-style Section Master’s House arose in tandem with the construction of the first depot. Also around 1857, the Depot Hotel, a two-story frame dwelling was erected, built by prominent local brickmason and contractor William Fields, who also built the district’s Fields House around 1860. Around 1869, the Virginia and Tennessee Railway built a new freight depot to replace the original one burned during the Civil War. The well-preserved depot is a one-and-a-half-story, Italianate-style building with board-and-batten siding and arched windows and doors. In 1910, Norfolk & Western Railway constructed its passenger depot, a one-story, brick, Tudor Revival-style building that also remains well preserved. The most recent building contributing to the district is a one-story Commercial-style edifice that housed a barbershop and billiards parlor, built in 1922. With its two adjacent train depots serving as the district’s central focal point, the Depot Square Historic District, an intact collection of mid-19th- and early-20th-century vernacular and high-style architecture, recalls Abingdon’s significant railroad history.