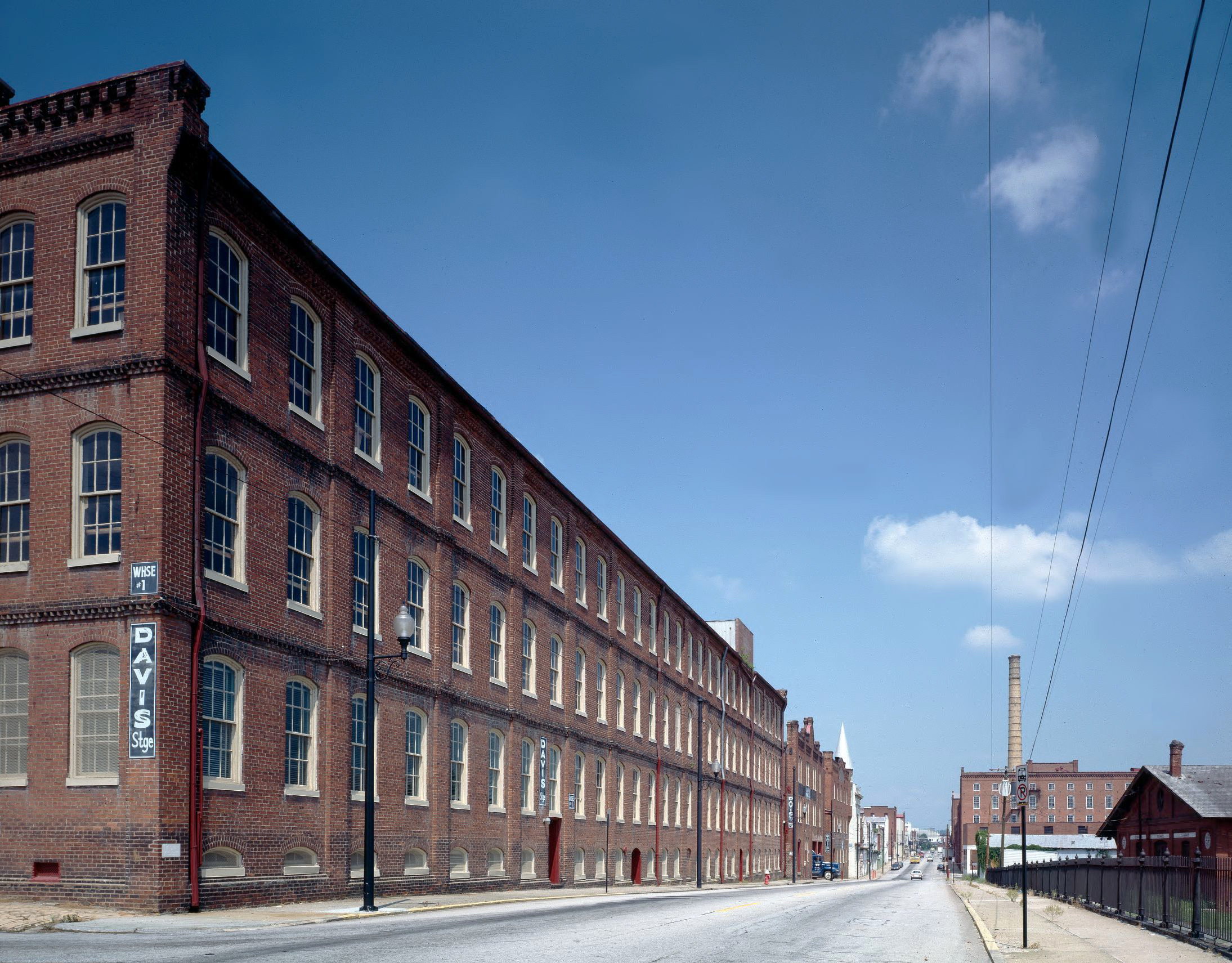 Occupying some forty blocks of the heart of the city, the Danville Tobacco Warehouse and Residential District formed the economic wellspring of 19th-century Danville. The various warehouses, factories, shops, and dwellings display the city’s mill-town personality and the rise of its working class. Industrial activity in Danville grew in conjunction with the development of its transportation systems and with the cultivation of bright-leaf tobacco, which shaped Danville into one of the South’s primary tobacco markets. The tobacco industry achieved its greatest growth in the 1870s and 1880s with the emergence of plug and twist tobacco manufacture. Today the district is composed of approximately 585 structures related to the development of Danville’s tobacco enterprise. Some thirty-seven of the buildings are factories, auction warehouses, or storage facilities, all constructed between 1870 and 1910. The residential area contains approximately 450 workers’ dwellings erected between 1880 and the 1930s.

In 2009, the district boundary was increased to include two buildings, 209 and 215 Main Street, as contributing resources in the district. Both buildings are important for their architecture and commercial associations. The two-story brick commercial buildings were constructed in the late 19th century and remodeled in the Georgian Revival/Craftsman style about 1920.
[VLR Listed: 3/19/2009; NRHP Listed: 5/21/2009]