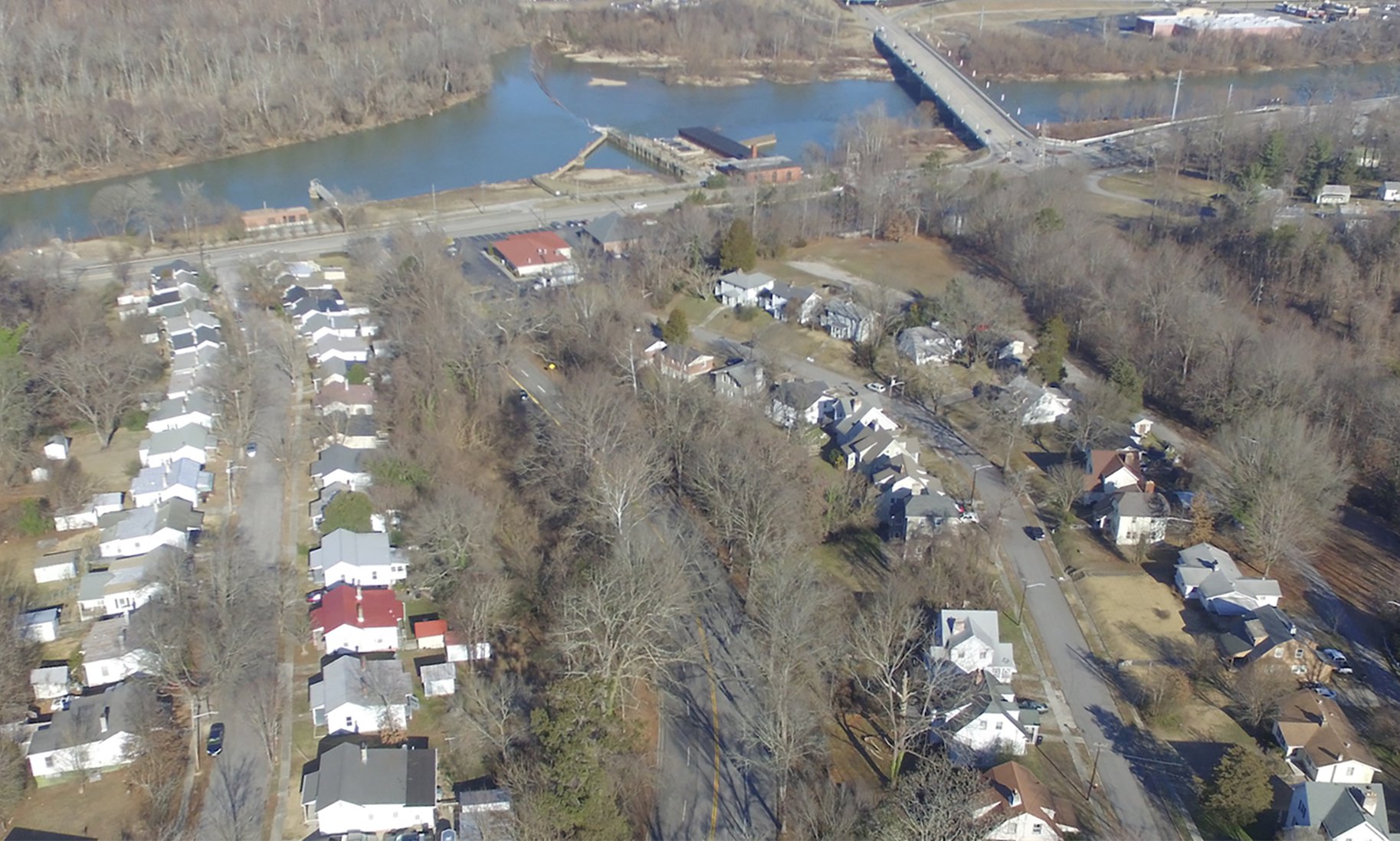 The roughly 512-acre Schoolfield Historic District encompasses the remaining buildings associated with the mill village of Schoolfield, an independent company town the textile giant Dan River Mills developed southwest of downtown Danville beginning in 1903. The district’s 1,005 historical buildings, largely retaining their original footprint and character, exemplify the industrial, commercial, community, and residential components of a southern mill village, one planned, constructed, owned, and operated by the textile company. From 1882 until it closed in 2006, Dan River Mills, among the largest textile mills in the South, produced cloth for home and apparel.  One of the company’s two divisions in Danville, Schoolfield attracted workers, including many women, from the surrounding countryside seeking alternatives to farm work. Schoolfield Village provided for their economic, domestic, social, physical, religious, and educational welfare. The commercial core of the village survives as testimony to Schoolfield’s identity as an independent and self-sufficient community. The district’s residential section of wood-frame housing for workers reflects the company’s decision in 1917 to hire professional planners and landscape architects to develop a “New Company Town,” one that eliminated the mill as the village focal point through the placement of trees and shrubs or built structures that obscured sight of the mills from the residential area. Between 1919 and 1930, the company experimented with “industrial democracy” to give workers a voice in the mill operations. Despite this progressive policy, the management and workers of the mill actively excluded African Americans through the company’s employment and housing policies. Management at the Schoolfield mills maintained a white majority population and political control in Danville almost as long as Dan River Mills existed. The surviving section of Mill No. 5, a power plant and dam, water filtration plant, pump house and office, two warehouses, and various other supporting buildings and structures illustrate industrial design during the first half of the 20th century as well as the mill’s operation as it evolved throughout the 20th century. Schoolfield’s two office buildings–the Italian Renaissance Revival-style 1903 main office and the 1967 Modernist Miesian-style Executive Office Building–represent the very different periods in which each was constructed. The district also contains the previously listed three-building Schoolfield School Complex and the Schoolfield Welfare Building as well as six churches and a large cemetery.