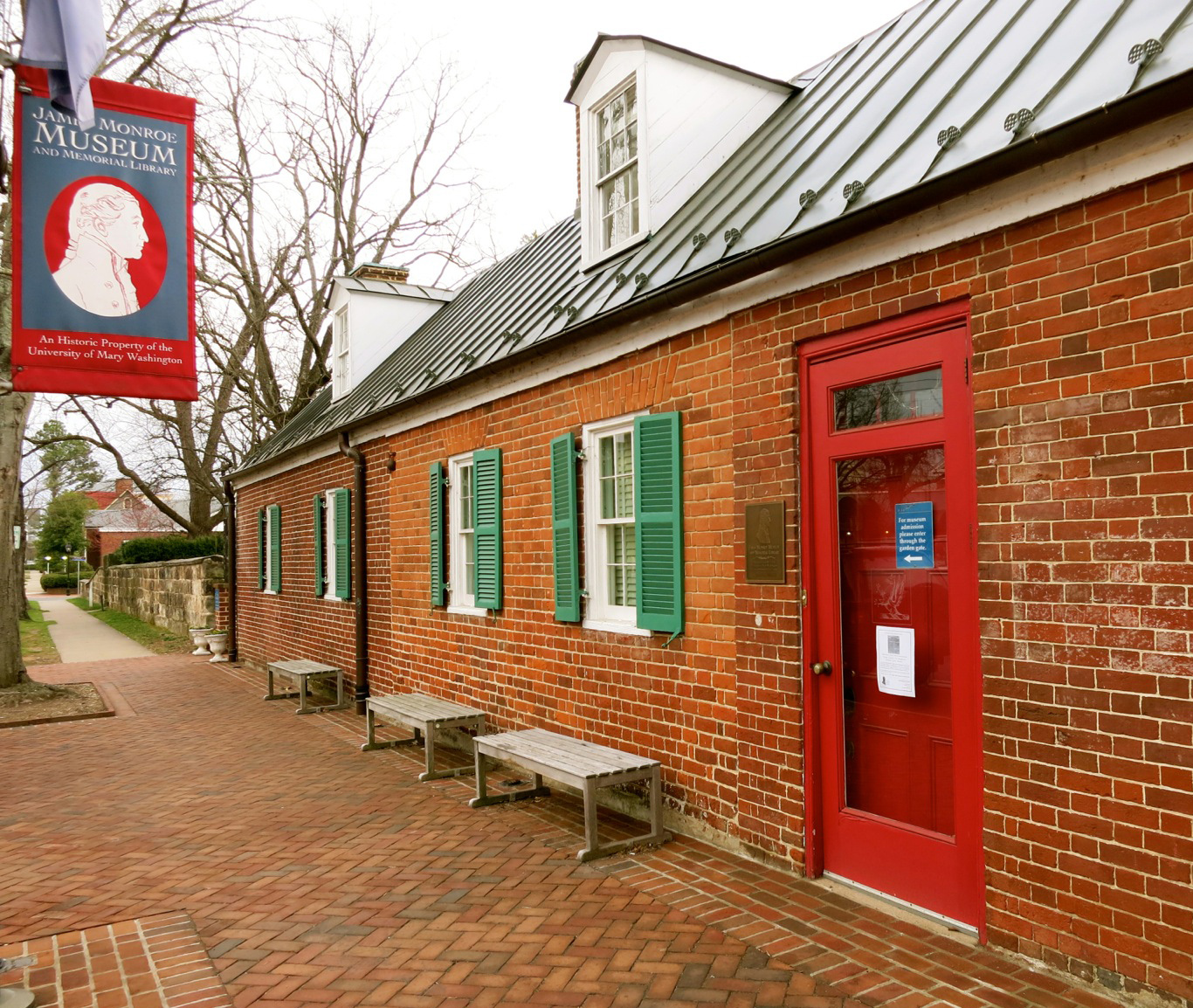 James Monroe moved to Fredericksburg in 1789 and began his law practice in an office on Charles Street, launching a career in public service that would carry him on to be a U.S. senator; American minister to France, England, and Spain; governor of Virginia; secretary of state; and fifth president of the United States. Monroe’s Fredericksburg practice is memorialized in this Charles Street building, erected in several stages, the last being perhaps as late as the 1840s. The building stands near the site of Monroe’s actual office in the Fredericksburg Historic District, and is itself a well-preserved example of a Federal-period attorney’s office. The museum, owned by the University of Mary Washington, exhibits many possessions of Monroe and his wife, Elizabeth Kortright Monroe.