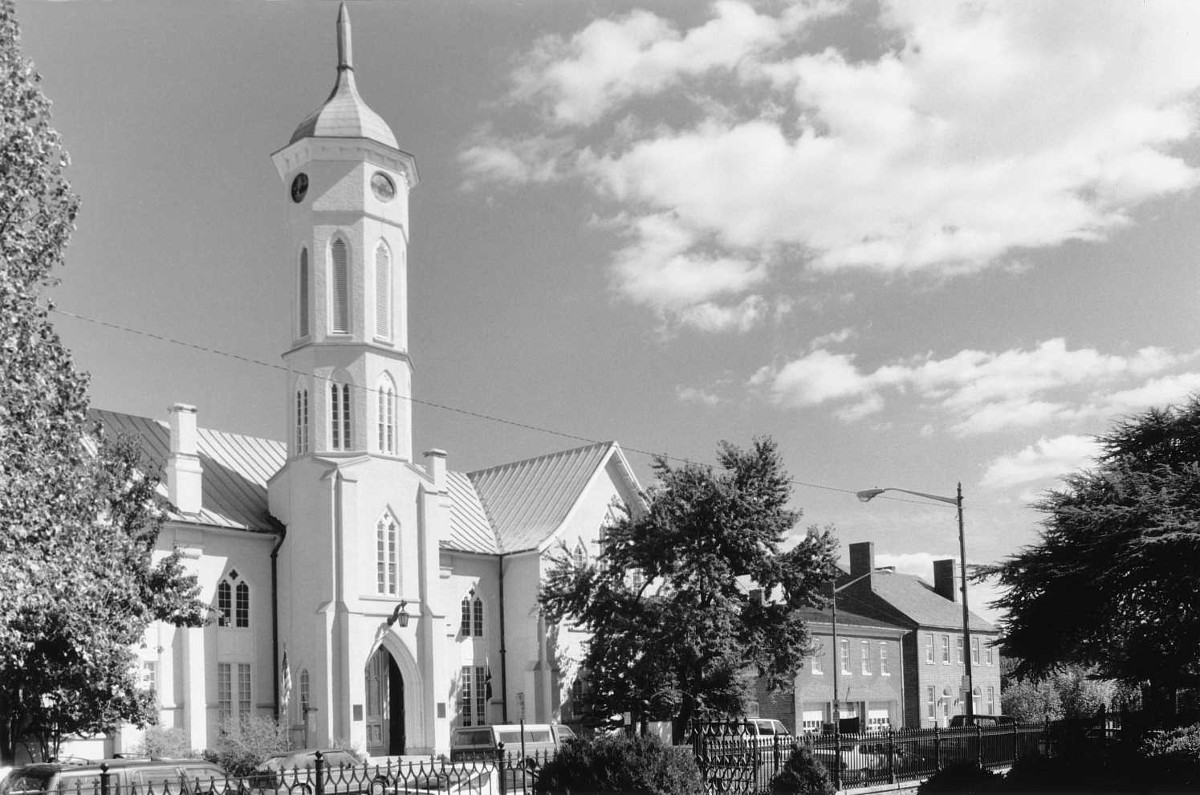 Fredericksburg’s historic district is a forty-block area including the original fifty-acre town site of 1728. The city was originally a frontier port at the falls of the Rappahannock, serving settlers to the west. It grew as a trading center and county seat during the colonial period. Economic prosperity following the Revolution resulted in the over two hundred Federal buildings still standing. Laid out on a grid, the district comprises one of the South’s outstanding historic townscapes, including fine examples of colonial, Federal, Victorian, and Colonial Revival architecture. Notable structures are the 18th-century Hugh Mercer Apothecary Shop, the 1849 Norman-style St. George’s Episcopal Church, and the 1851 Gothic Revival courthouse by James Renwick (shown). Fierce fighting centered on Fredericksburg during the Civil War, but the downtown was spared significant devastation. The rehabilitation activity of recent decades has enhanced the district’s historic character.