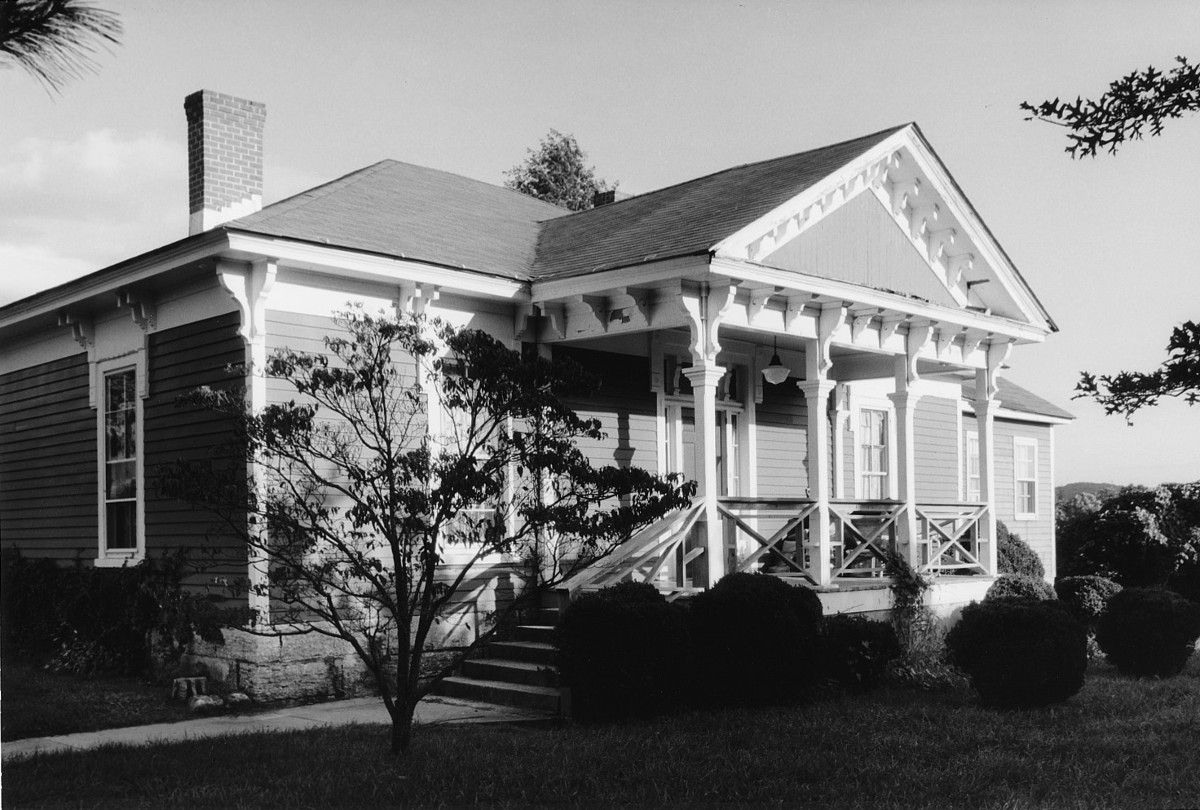 Ornament was a hallmark of late 19th-century architecture throughout the western world. From the simplest dwelling to the grandest public work, architectural decoration was considered essential for a dignity of appearance. Even in a small mountain community such as Christiansburg, a cottage could find itself decked out in wooded finery, most likely produced in a local woodworking company. Christiansburg’s Surface house, on one of the community’s highest hills, is a simple, one-story abode, but one made elegant and charming through the judicious use of ornament. Here turned posts, bracketed cornice, and sawn lintels give character to an otherwise unassertive work. A rare example for Montgomery County of an ornamented cottage, the house was built ca. 1870 for Frank Surface and remained in the Surface family until 1979 when it was sold to its present owners who carefully restored it.