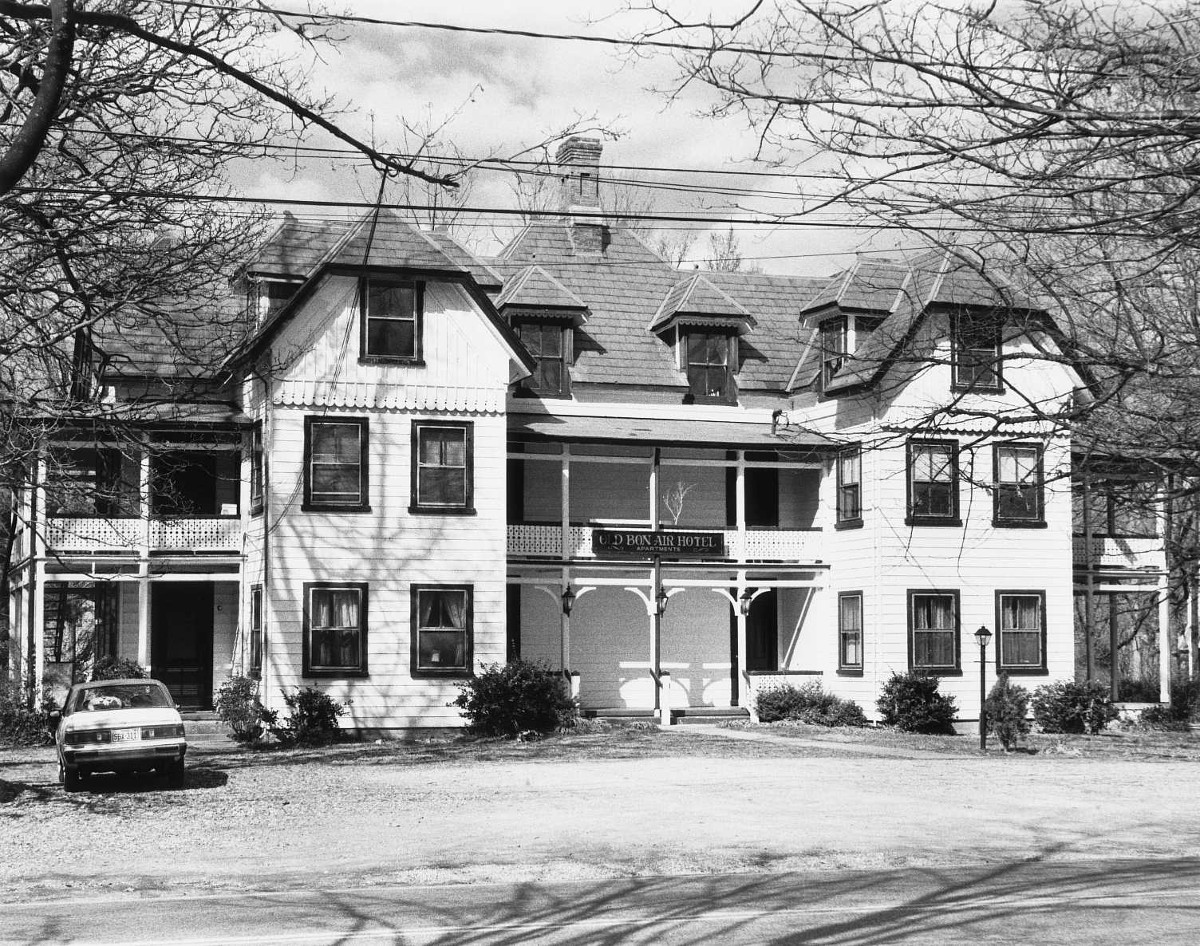 The sultry, sooty atmosphere of the South’s late 19th-century cities encouraged urban dwellers to escape the insufferable summers by going to mountain or waterside resorts. It also spurred development of more convenient retreats in the cities’ wooded fringes. With its salubrious name, Bon Air was begun in 1877 by the Bon Air Land and Improvement Company in a sylvan section of Chesterfield County, convenient by rail to downtown Richmond. Financial problems in the late 1910s ended Bon Air’s role as a resort but its proximity to the city and the ascendancy of the automobile enabled it to evolve into a distinctive residential suburb. Its principal artery, Buford Road, is still lined with gaily ornamented Victorian cottages. A reminder of the former resort character is the 1881-82 Bon Air Hotel annex. Though now surrounded by modern suburban sprawl, Bon Air maintains its village ambience.