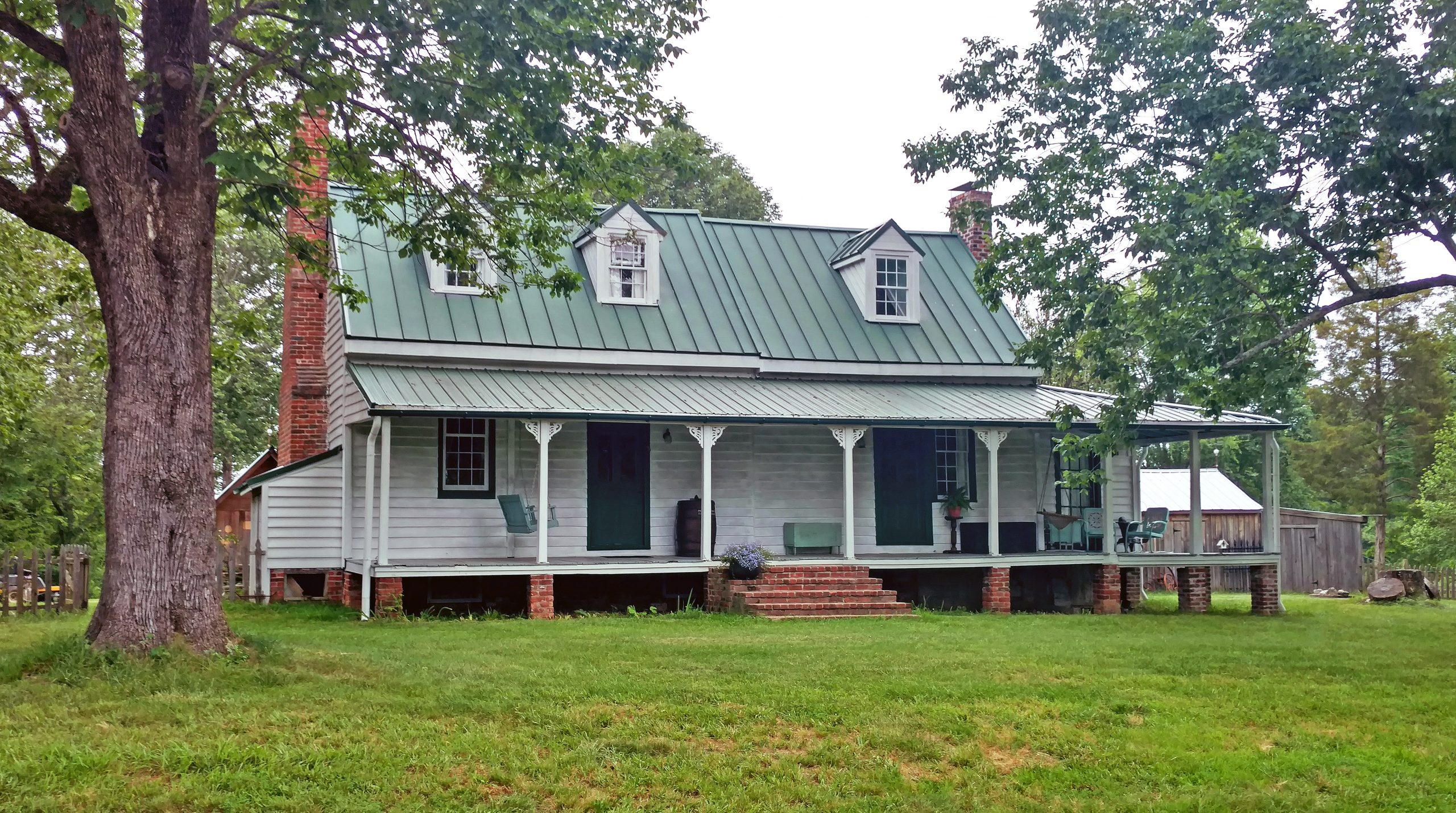 Today’s Fuqua Farm residence in western Chesterfield County traces back to a late-18th- or early-19th-century one-room-plan dwelling, a common and simple vernacular house form that early emigrants to Virginia typically erected. Possibly in the first half of the 19th century, a second one-room-plan house was built next to the earlier dwelling. In the early 20th century, these two buildings were attached and combined under one roof, thereby creating a larger living quarters. The resulting house was slightly enlarged again in the 1930s or 1940s with the enclosure of a porch. Clearly conveying these early house forms in its present-day appearance, Fuqua Farm is locally important in that it offers examples of two one-room-plan vernacular houses, along with examples of early-20th-century architectural adaptations such as a large front porch. Because the exact construction dates of the first dwellings remain unknown at the time of listing on the registers, the period of significance extends from ca. 1785, around the earliest known reference to the property in historic records, to 1946, after completion of the last significant construction efforts undertaken by the Fuqua family, who has owned the farm since around the late 18th century.