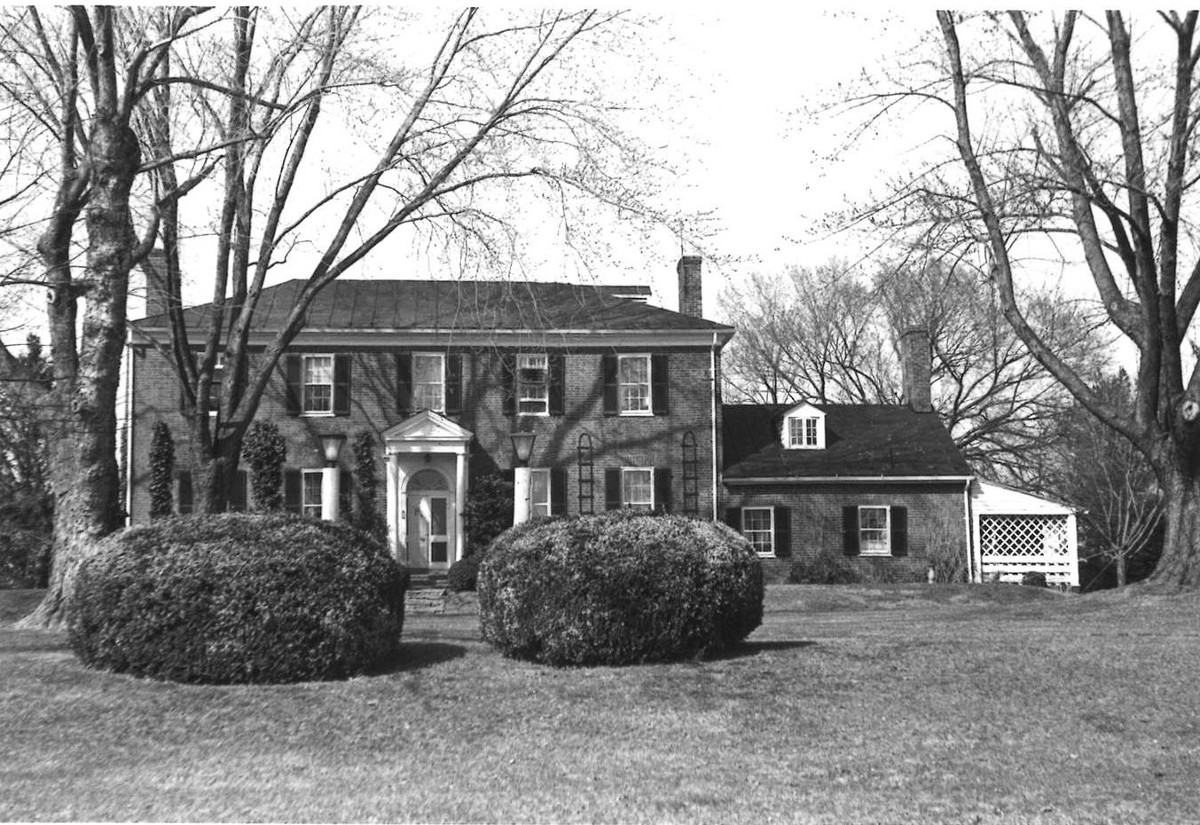 Located just north of Leesburg in the Catoctin Rural Historic District, Temple Hall was established as a plantation by 1810 by the Mason family. Temple Mason, nephew of statesman George Mason, built the Federal-style main house, which could not be easily equaled in size or design by other Loudoun County homes. Of particular interest to the history of the estate is the visit by General Lafayette, former President Monroe, and current President John Quincy Adams in 1825 during Lafayette’s famous tour of America, at which time all three served as godfathers at the baptism of the Masons’ younger daughters. The Masons produced grain crops and livestock for much of the 19th century. The property was rented to a series of tenant farmers from shortly after the Civil War until 1940. At that point, it was bought by the Symington family, who renovated the house and guided the farming toward more specialized production. Notable features of the main house include paneled front doors framed by pilasters and a fanlight, and what appears to be an original cistern under a late 19th-century porch on the east side of the house. Its 286 acres contain numerous outbuildings, including secondary houses, a smokehouse, an icehouse, various barns, and animal quarters.