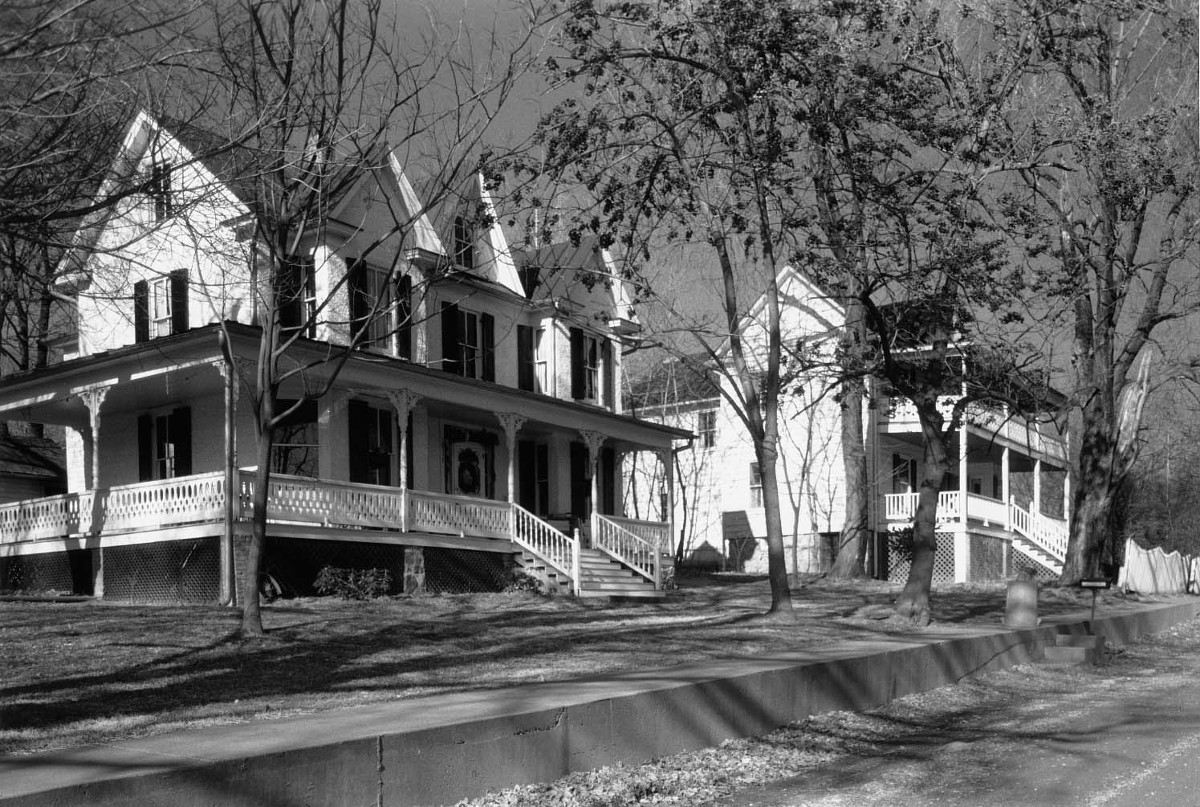 This settlement on the slope of the Blue Ridge Mountains was first known as Snickers Gap, after the Snickers family. By 1824 it was incorporated as Snickersville, prospering from its location on a trade route between the Shenandoah Valley and ports on the Potomac. Snickersville was the scene of Civil War skirmishes as both armies vied for control of the Shenandoah Valley. After the war it declined as a commercial center until the railroad came in 1900. In order to promote the community as a mountain resort, managers of the Washington and Old Dominion Railroad succeeded in changing the town’s name to Bluemont. The effort succeeded in attracting Washington residents for summer vacations. Although most structures date from the turn of the century, a number of earlier stone and log structures remain as reminders of the town’s importance as a 19th-century trade center.