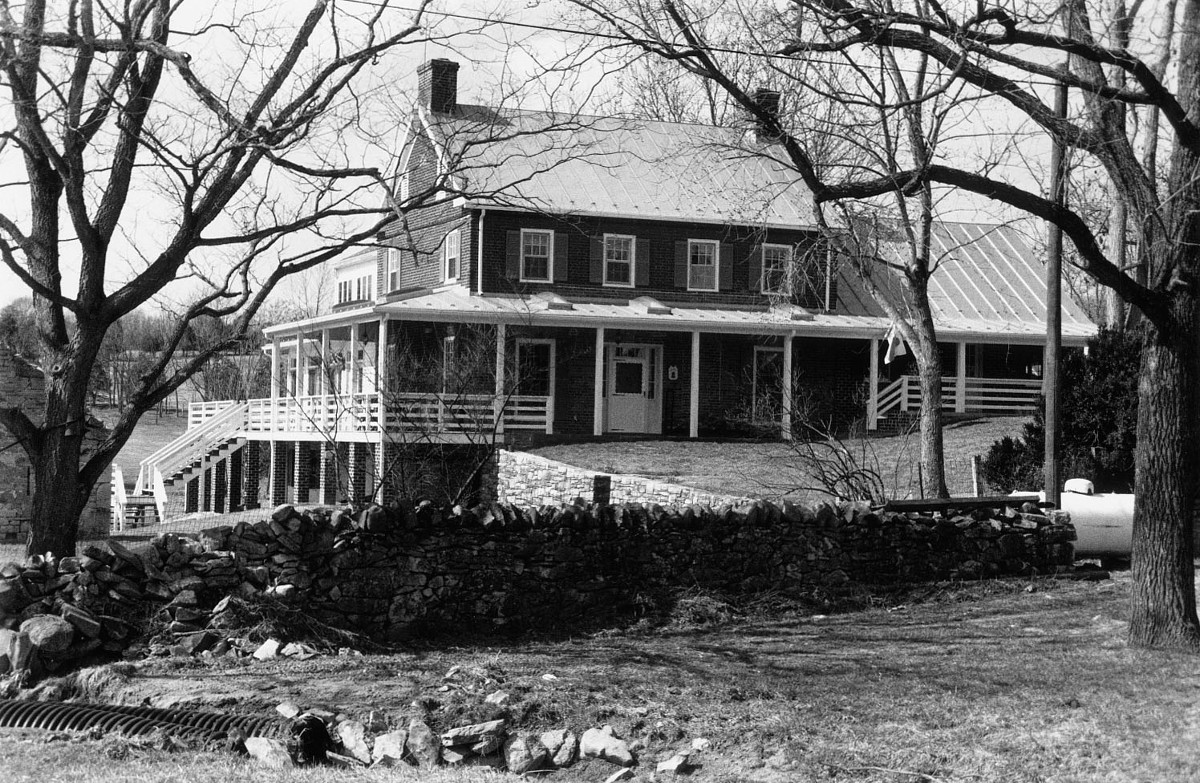 This complex of structures is the core of an early German farmstead reflecting the building traditions and cultural values of the Shenandoah Valley’s German settlers. Included is an exceptionally rare Switzer barn, one of the few to have survived the Union barn burnings during the Civil War. The barn’s log core, along with stone remains of a log house, the ruins of a stone outbuilding, and other outbuildings, were likely built between 1740 and 1753 by John Spitler, a stonemason and the original settler here. The large brick farmhouse was constructed in 1825 for Spitler’s grandson, Isaac Spitler, and expanded in 1857. Incorporating traditional German-style features such as an asymmetrical floor plan and two front entrances, the house served as a place of worship for local German Baptist Brethren. Spitler’s descendants resided here until 1934. The house was sympathetically renovated in 1990.