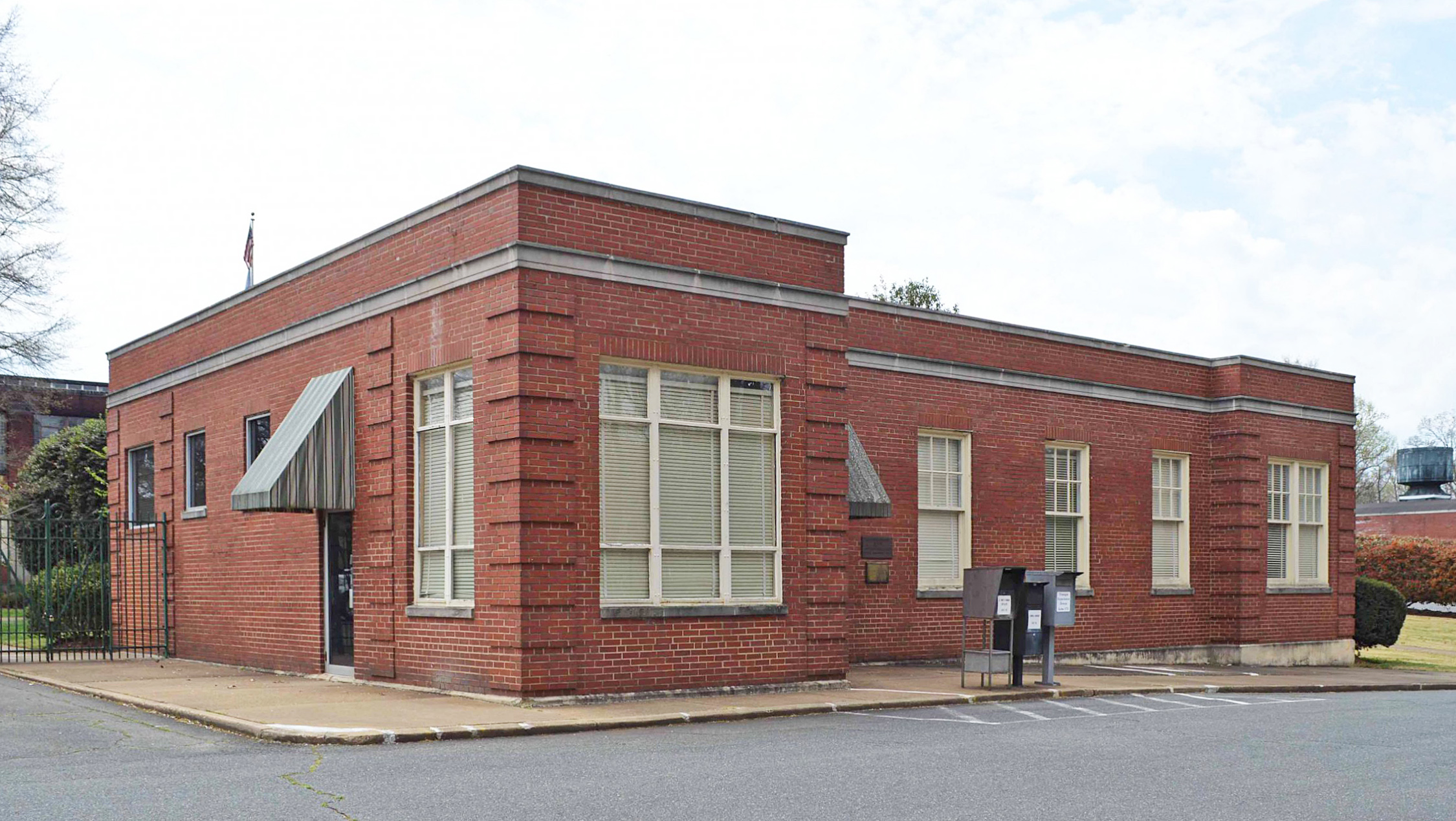 The Sylvania Plant Historic District in Spotsylvania County is a 40-acre industrial campus located just south of Fredericksburg that features an intact collection of industrial and commercial buildings, warehouses, and other related structures. The assemblage conveys the development of one of the area’s largest employers and one of the nation’s largest manufacturers of cellophane from 1929 through 1978. The popularity of packaged foods and commercial demand for cellophane allowed the company not to only survive, but grow and profit during the Great Depression. As the Fredericksburg-area’s major employer during the 1930s, the Sylvania Plant’s economic success  kept many local residents from the devastating financial impacts of the Great Depression. The long-term success of the Sylvania Plant also evokes the evolution of consumer culture and the food packaging industry in the U.S. through the 1970s. In 1929, the architecture and engineering firm Ballinger Company broke ground for the construction of the complex, which is noteworthy for its super-span sawtooth construction. Plastic film alternatives began to replace the wood-based cellophane by 1970; however, the Sylvania Plant remained a significant contributor to Fredericksburg’s industrial capacity, as well as the region’s economy, until its closure in 1978.