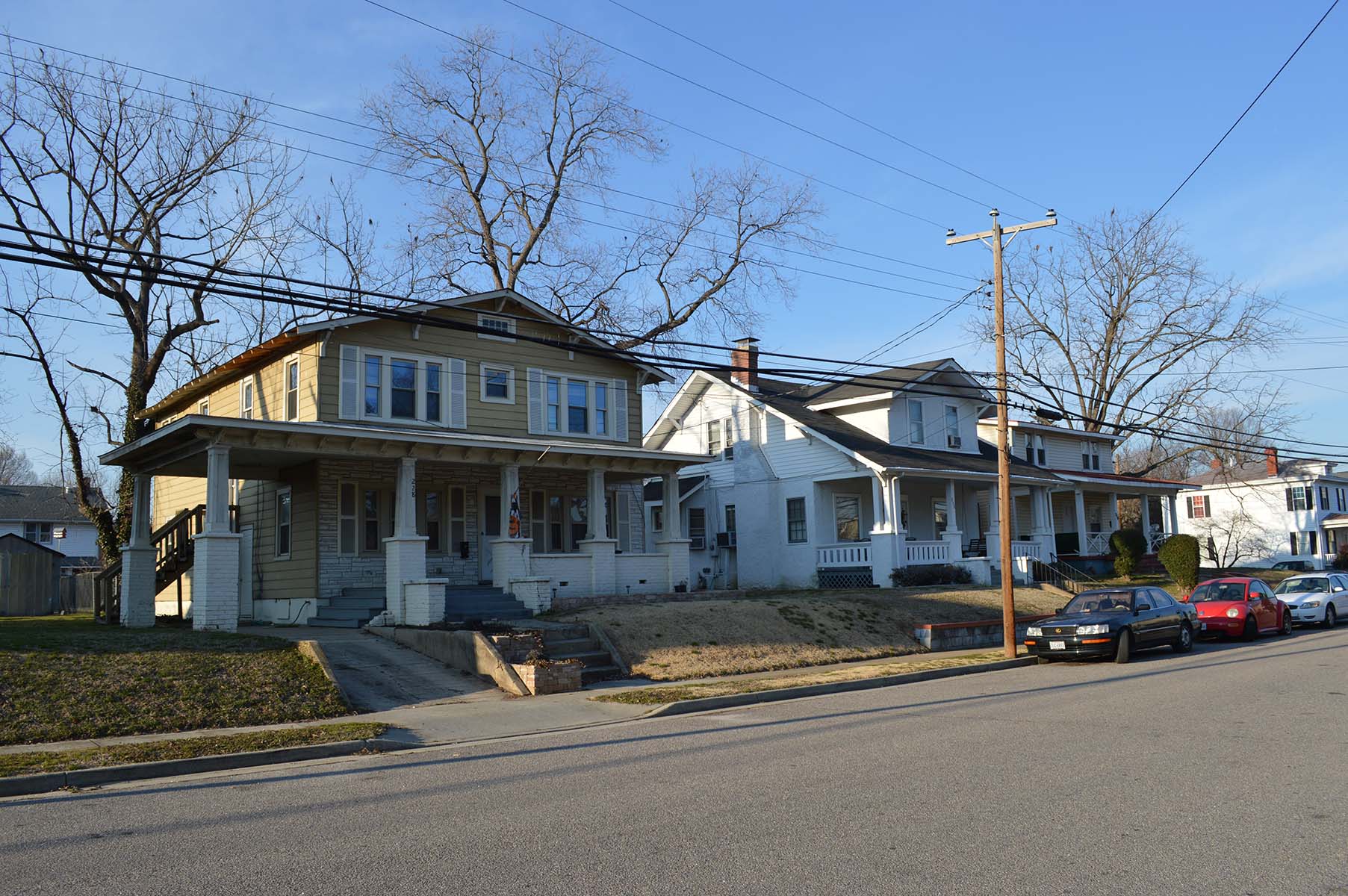 Violet Bank Historic District in Colonial Heights has two periods of significance, 1815 and 1908-1956. In 1815, Violet Bank, a Federal-style house, was constructed on a large tract in then-rural Chesterfield County. Suburban development led to the former farm being subdivided, and starting in 1908 development of the Violet Bank neighborhood was under way. By 1956 the final build-out of the district occurred during the post-World War II building boom. The Violet Bank Historic District stands out as containing one of the earliest planned suburbs in Colonial Heights. The entire Colonial Heights Extended subdivision and more than half of the Riverside Park subdivision comprise the Violet Bank Historic District. They were planned on farmland originally associated with the Violet Bank dwelling, previously listed in the National Register of Historic Places. The original subdivision plats in this district are important examples of early-20th-century suburban design. Their neatly delineated plans, divided into blocks and further subdivided into lots of uniform size, are prototypical of early-20th-century suburbanization. The neighborhood also features a highly intact group of kit houses that were factory produced and shipped to site for construction. The collection features houses offered by Aladdin (Bay City, Michigan), Gordon-Van Tine (Davenport, Iowa), and Sears, Roebuck and Company (Chicago, Illinois).