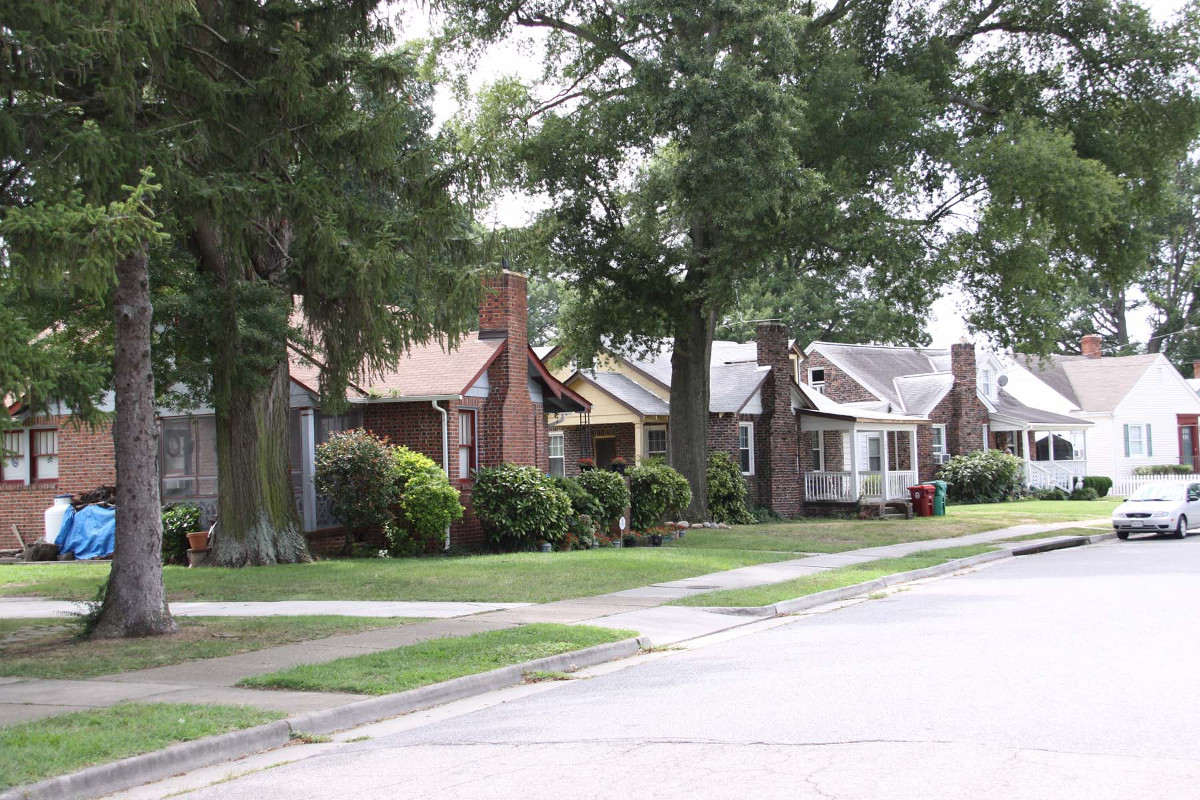 Chesterfield Highlands Historic District is one of the largest and earliest planned suburbs in Colonial Heights. The city arose after the introduction of the Richmond-Petersburg Interurban Street Railway in the early 20th century, rapidly transforming “the heights” along the Appomattox River’s north bank from farmland to a suburban town. Tracing back to plans laid out in 1916, Chesterfield Highlands took shape between 1920 and 1940, when most its houses were constructed in designs influenced by the Craftsman movement and a variety of kit house styles inspired by store catalogues such as Sears and Roebuck. After World War II, between 1945 and 1954 the district continued to fill out with modest houses inspired by popular post-war styles.