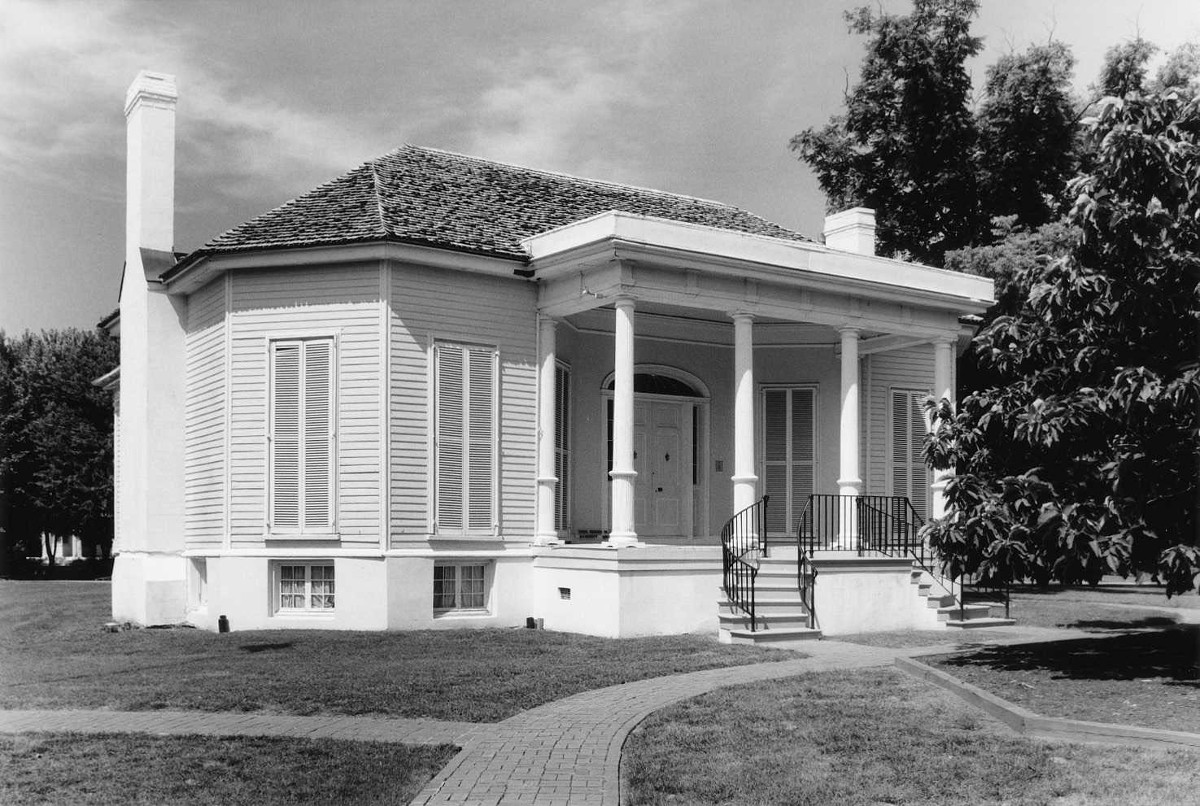 This compact and surprisingly sophisticated dwelling is distinguished by its three-part bays, intricate Federal woodwork, and Adamesque plasterwork ceilings. The plasterwork, some of the finest Federal-period plaster ornamentation in the state, is based on designs published in Asher Benjamin’s American Builder’s Companion (1806). Originally the home of Thomas Shore, the present house dates from 1815 and replaces an earlier structure destroyed by fire. The three-part bays relate the house to a series of Richmond town houses inspired by designs of Benjamin Henry Latrobe. Latrobe visited Shore in 1796 and may have influenced the design. Violet Bank was used as a headquarters for Gen. Robert E. Lee in 1864, and it was here that Lee learned of the explosion at the Crater. It is now a local history museum owned by the city of Colonial Heights.