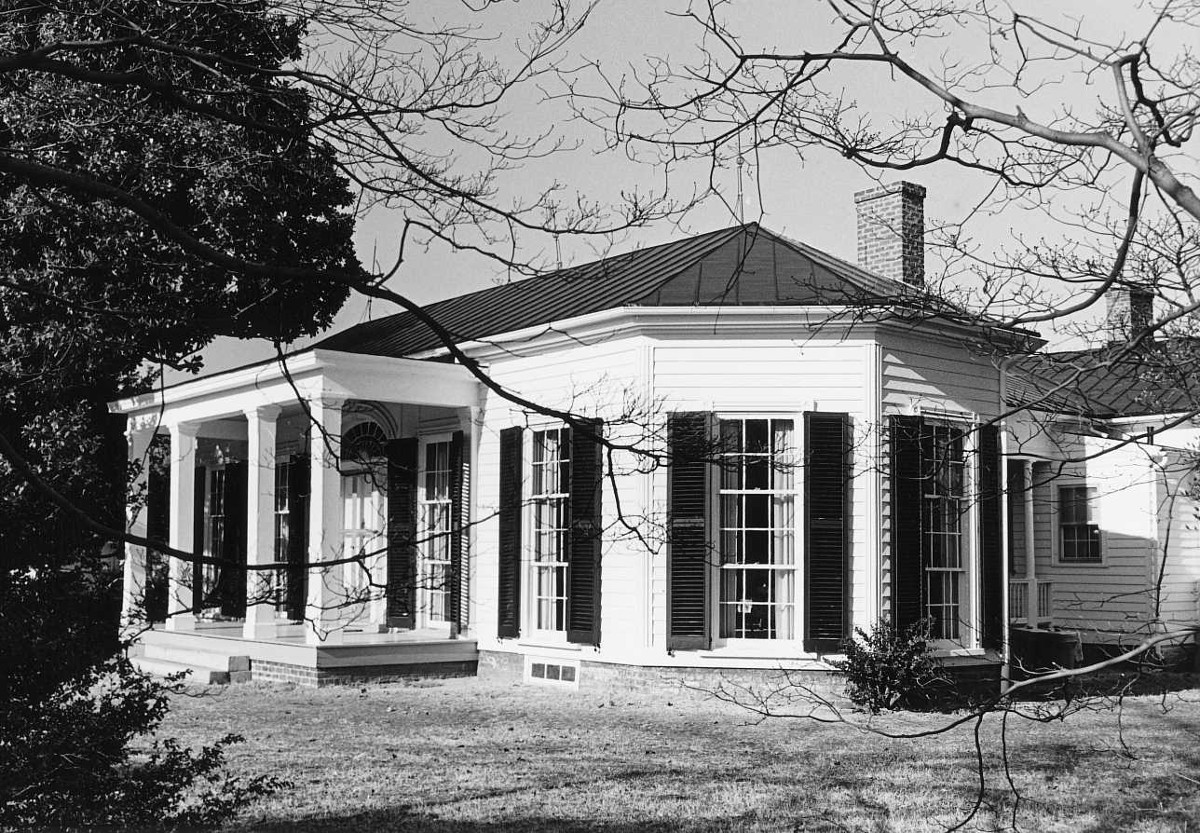 Oak Hill, on the heights above the Appomattox River overlooking Petersburg, is a architecturally engaging one-story Federal plantation house. The front section of the H-shaped dwelling is an elongated octagon of unusual refinement having triple-hung sash and rich Federal detailing similar to that found in many early Petersburg houses. The shape of this section apparently was inspired by the house at Violet Bank, the plantation immediately to the east. Both plantations have since been developed with 20th-century housing. Oak Hill was originally called Archer’s Hill and was used for a gun emplacement by General Lafayette during the Revolution. The house was built for Thomas Dunn in 1825-26.