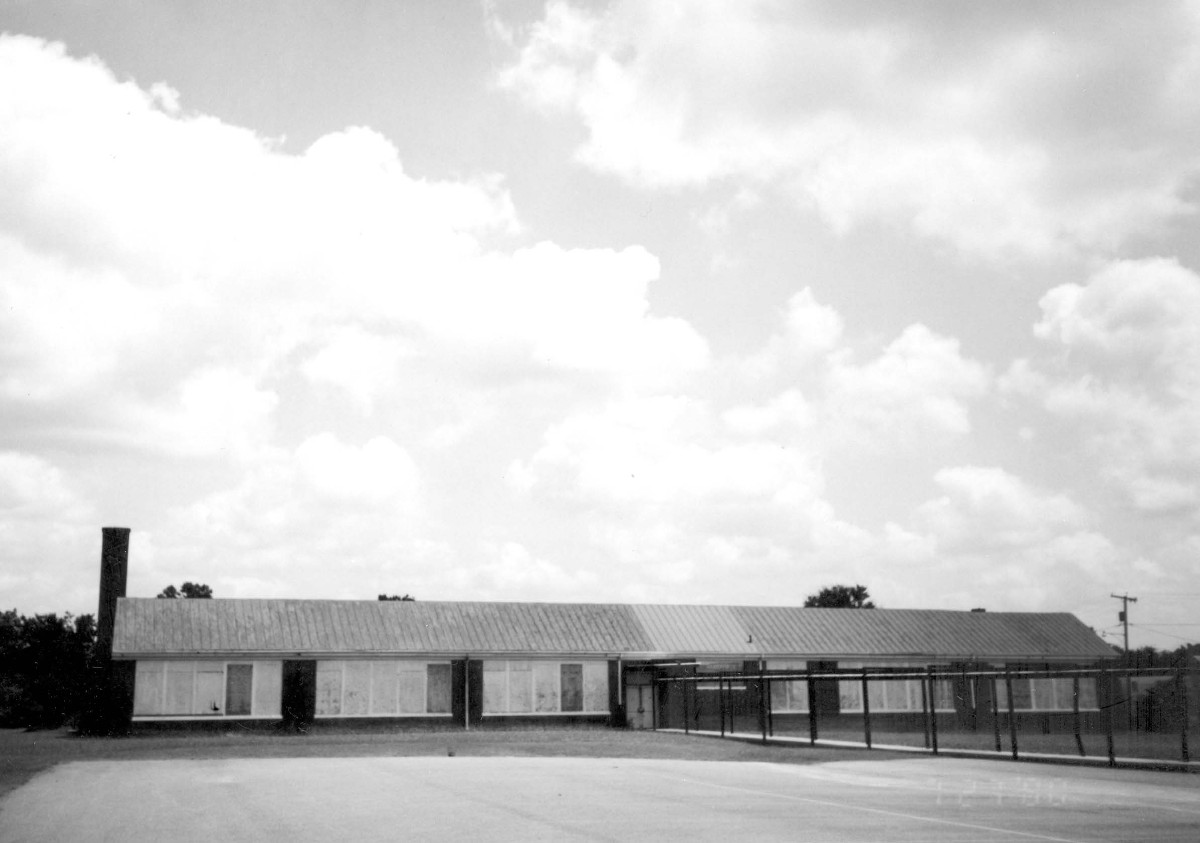 Greensville County Training School in Emporia was constructed in 1929 for African Americans. The Julius Rosenwald Fund provided financial assistance and building plans for the original six-teacher, eight-room brick school, one of the largest of the 364 Rosenwald schools built in Virginia between 1917 and 1932. An industrial building and a three-room addition were added to the structure during the 1930s. The school’s site has long been associated with the education of African Americans in Emporia and surrounding counties, beginning as early as 1912. With a seating capacity of 240, the school was built to accommodate a growing number of students and grade offerings; it was built in the heart of Emporia’s African American commercial district at that time. The black community contributed $1,000 to its construction and the Rosenwald Fund $1,700, in addition to the $12,419 provided by public funding. After 1954, when a new segregated high school for blacks was opened nearer to the city center, the building was used as a learning center for elementary students. Following desegregation in the 1960s, the school served as a storage facility until continued deterioration left it in poor condition. Citizens for the Preservation of the Greensville County Training School were responsible for the preservation of the building through an adaptive use rehabilitation.