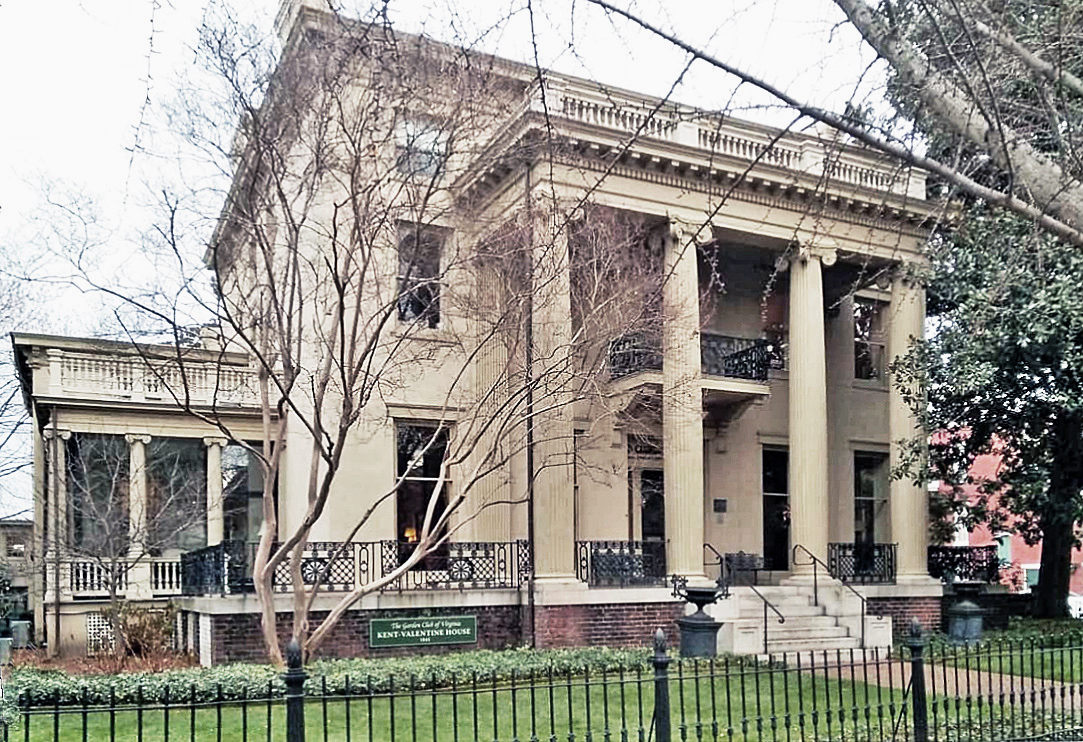 Merchant Horace L. Kent commissioned Boston architect Isaiah Rogers in 1844 to design this Franklin Street mansion. Most of Rogers’s works have been destroyed; 12 East Franklin Street is his only surviving residential design. The house was originally a three-bay Italianate dwelling skirted by an intricate cast-iron veranda. In 1904 Granville G. Valentine, owner of a meat extract company, engaged the firm of Noland and Baskervill to expand the house into a five-bay composition, extending the veranda. The veranda was replaced by the present Ionic portico around 1909. The final result is a successful amalgam of antebellum and early-20th-century styles. Noland and Baskervill’s Georgian Revival drawing room provides an interesting contrast to Rogers’s Gothic Revival double parlors. The house was restored in the early 1970s to serve as the headquarters of the Garden Club of Virginia, and it is located in Richmond’s East Franklin Street Historic District.