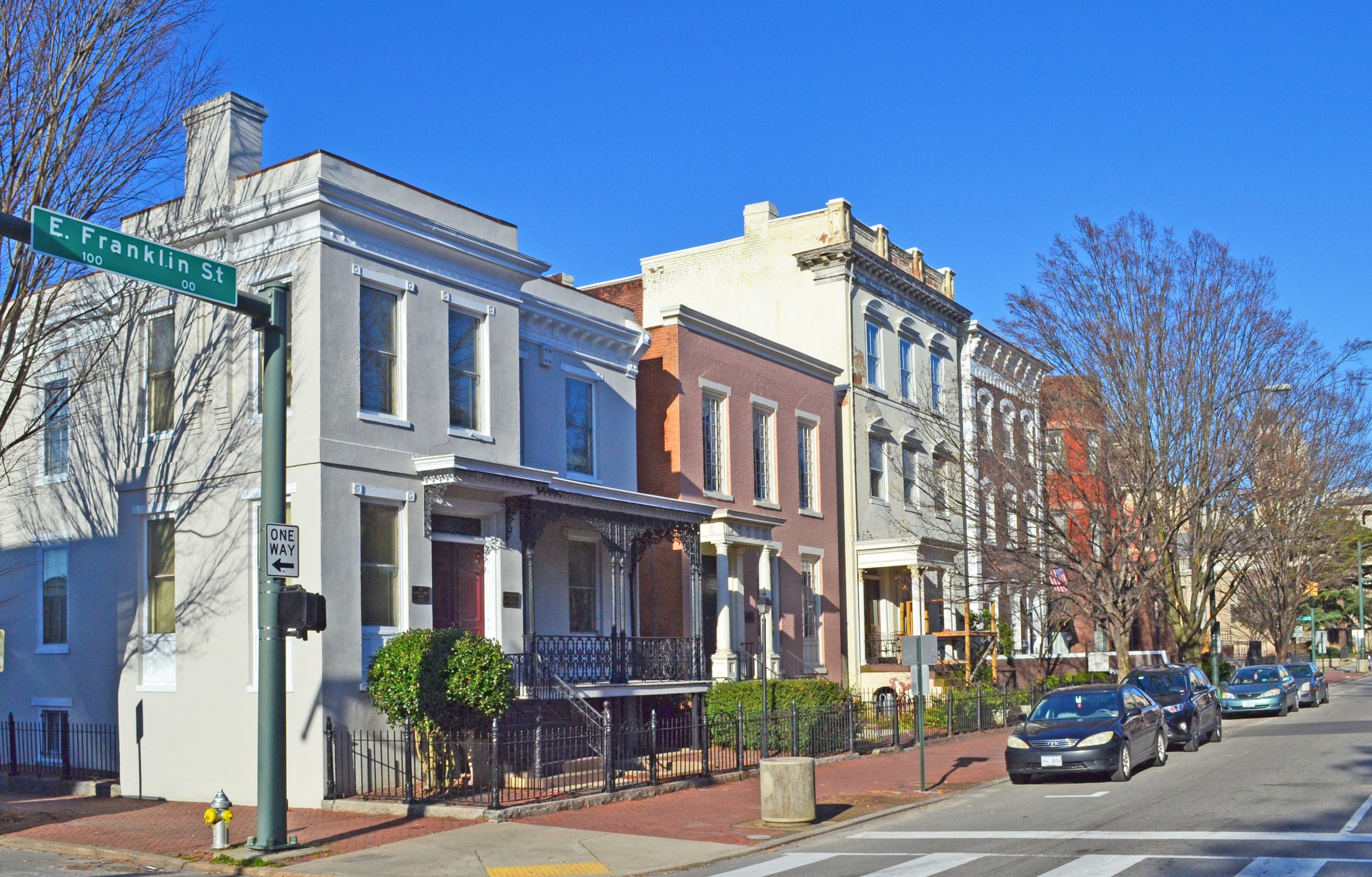 This small urban neighborhood, incorporating one block of Franklin Street and buildings on Main and Grace streets in Richmond, is a cohesive assemblage of 19th-century residential architecture. The district is on lands once part of Rutherfoord’s Addition, property owned by cotton and tobacco manufacturer Thomas Rutherfoord, who started selling tracts there in 1795. Although some lots were developed immediately, the existing fabric dates from the 1830s into the early 1900s. Including sophisticated examples of Greek Revival, Italianate, Queen Anne, and Georgian Revival styles, most of the houses were built as two or three-story side-passage town houses. A conspicuous exception is the 1845-46 Kent-Valentine House, a freestanding mansion designed by Isaiah Rogers and later remodeled. The district’s oldest structure is the 1836 William Allen double house on Main Street. Most of the houses have been sympathetically converted to offices, shops, or apartments.