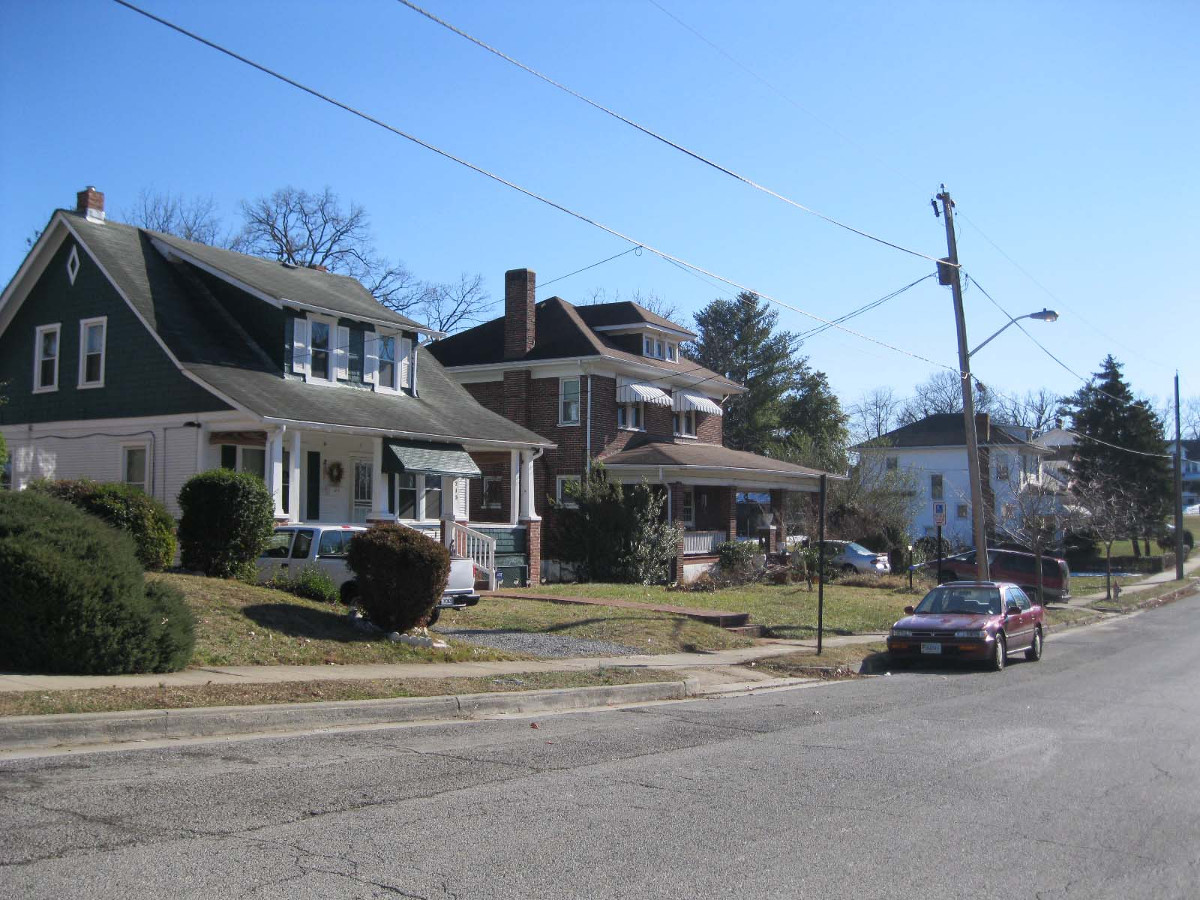 Northwest of downtown Roanoke, the Melrose-Rugby Historic District was developed as a working-class suburb that arose between 1916 and 1949. The neighborhood exemplifies traditional residential planning of the era, relying on a narrow street grid and alleyways. Elements of early modern suburban design are also evident in the district’s wide and curving Rugby Avenue, which anticipates the curvilinear subdivision layout that would become prevalent after World War II. The district exhibits the full range of architectural styles and home building popular during this period, with examples of Craftsman bungalows, American Foursquares, and Cape Cod houses. In response to Roanoke’s rapid industrial growth during the late-19th and early-20th centuries along the Roanoke River and railroad lines, the Riverland Historic District was developed between 1900 and 1930 by the Highland Land Company as a suburb to provide housing for working-class citizens. Just south of a bend in the Roanoke River, the historic district features a range of popular housing styles from the early 20th century including American Foursquare and Craftsman.