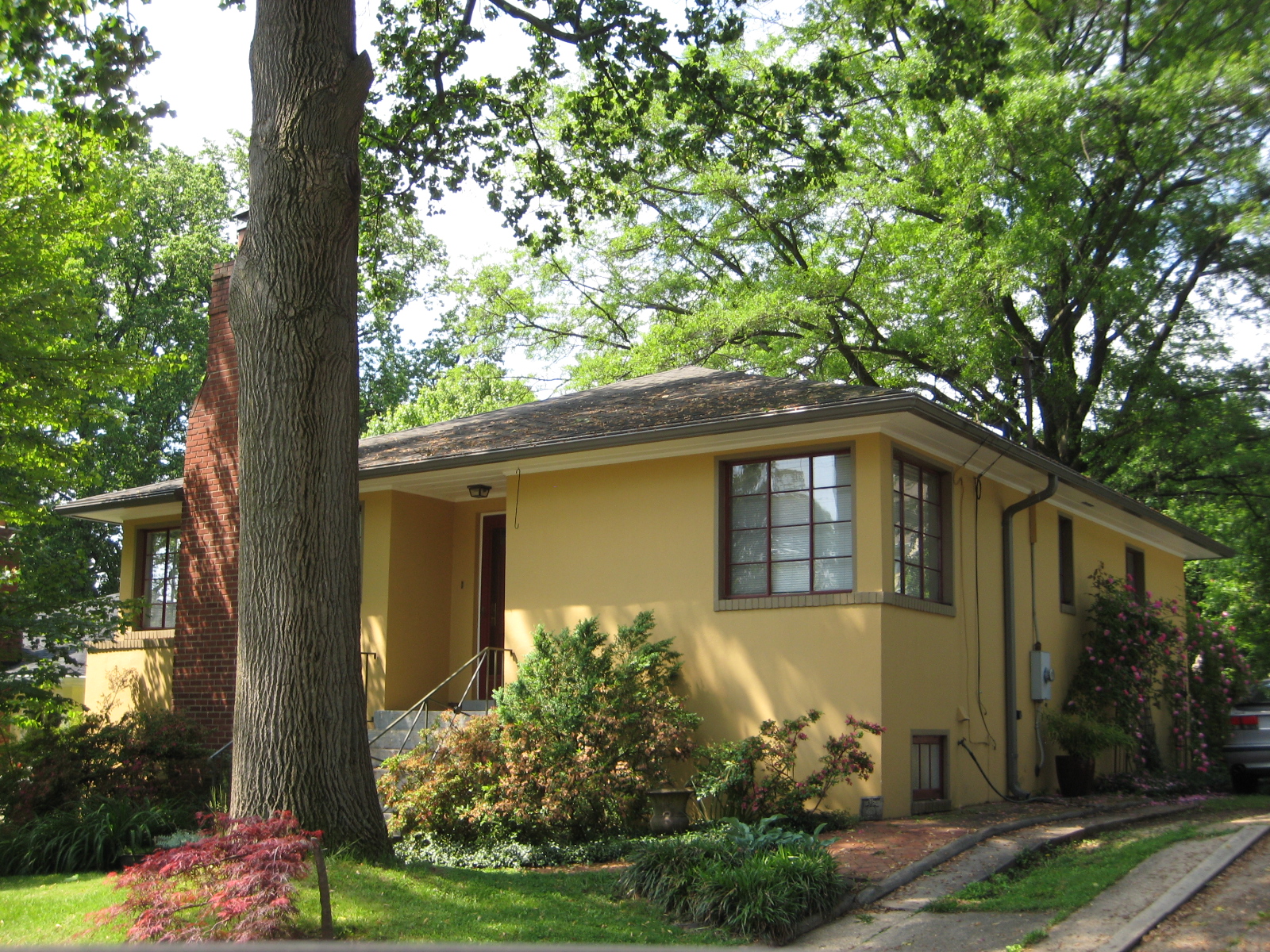 This Multiple Property Documentation (MPD) form facilitates the nomination to the registers of two relatively rare and infrequently acknowledged house forms in Arlington County—the apartment bungalow and the California-type house. These house forms are found in defined neighborhoods rather than county-wide, reflecting the works of select builders and the overall growth pattern of Arlington County. Each house form has a distinctly different development period, with the apartment bungalow dating from 1938 to 1939 and the California-type house constructed after World War II from 1946 to 1952. The four-room apartment bungalow was the quintessential small house, providing approximately 900 square feet in a 30-foot by 30-foot plan. The California-type house, recalling many of the features of the popular ranch house, presented a one-story rectangular plan of 1,141 square feet with combined living and dining areas, kitchen, and two bedrooms. Despite these few disparities, the two house forms share a number of notable similarities in their attempt to provide efficiency of living and economically built housing in the burgeoning suburbs of Washington, D.C.; the similarities have resulted in the preparation of this single Multiple Property Documentation form.