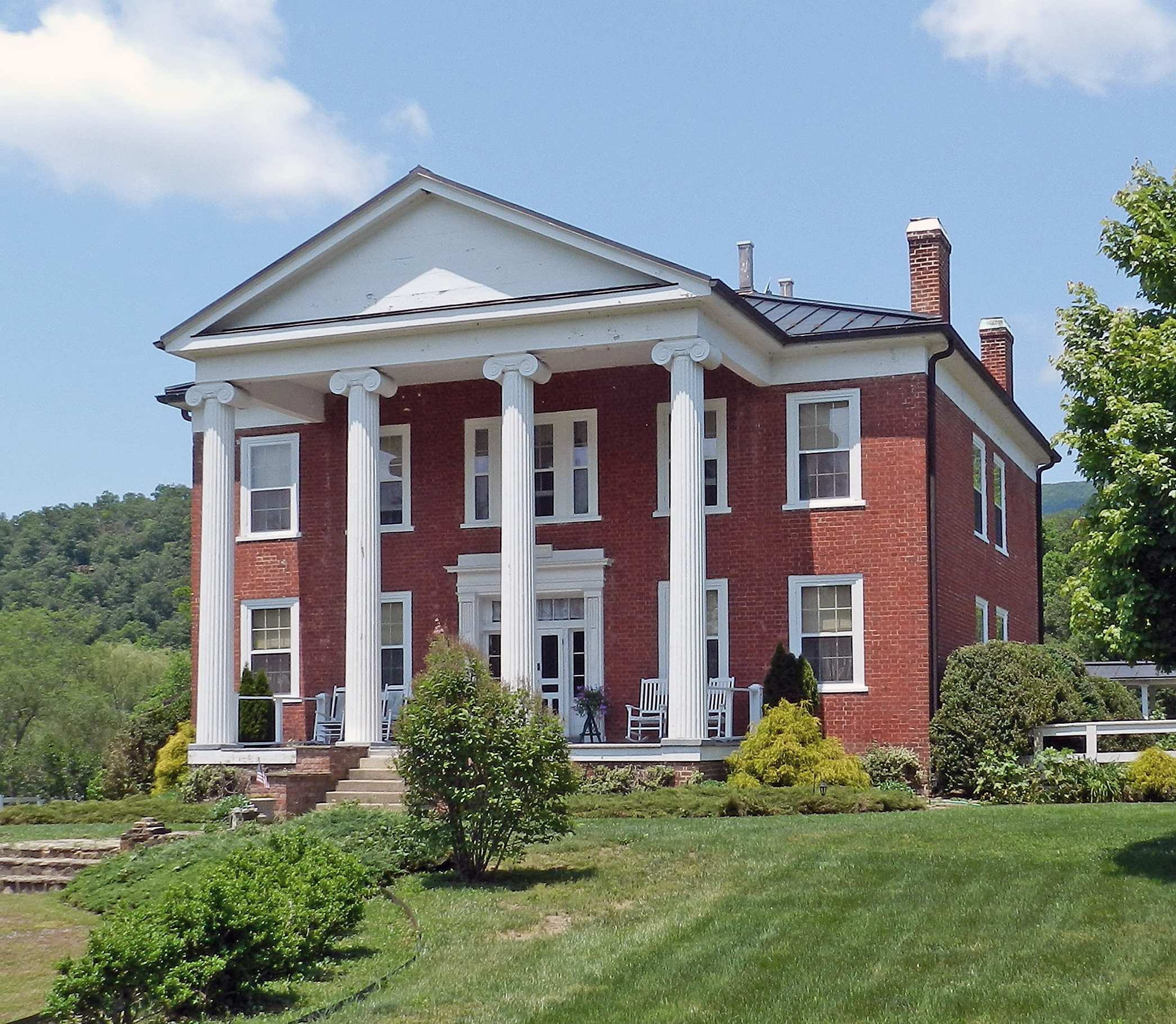 The formal Greek Revival mansion of Hidden Valley, its façade dominated by an Ionic portico, takes its name from its matchless setting in a narrow, remote valley of the Allegheny Mountains through which the Jackson River flows. The house, originally called Warwickton, was built ca. 1857 for Judge James Warwick, grandson of Jacob Warwick, an early settler of Bath County. Most of the polished academic detailing was adapted from designs in Asher Benjamin’s The Practical House Carpenter (1830), thus illustrating how builders, even in the farther reaches of the South, made use of this popular Boston pattern book. In 1965 the house and surrounding lands were acquired by the U.S. Forest Service. The house has since been leased and privately restored as an inn.