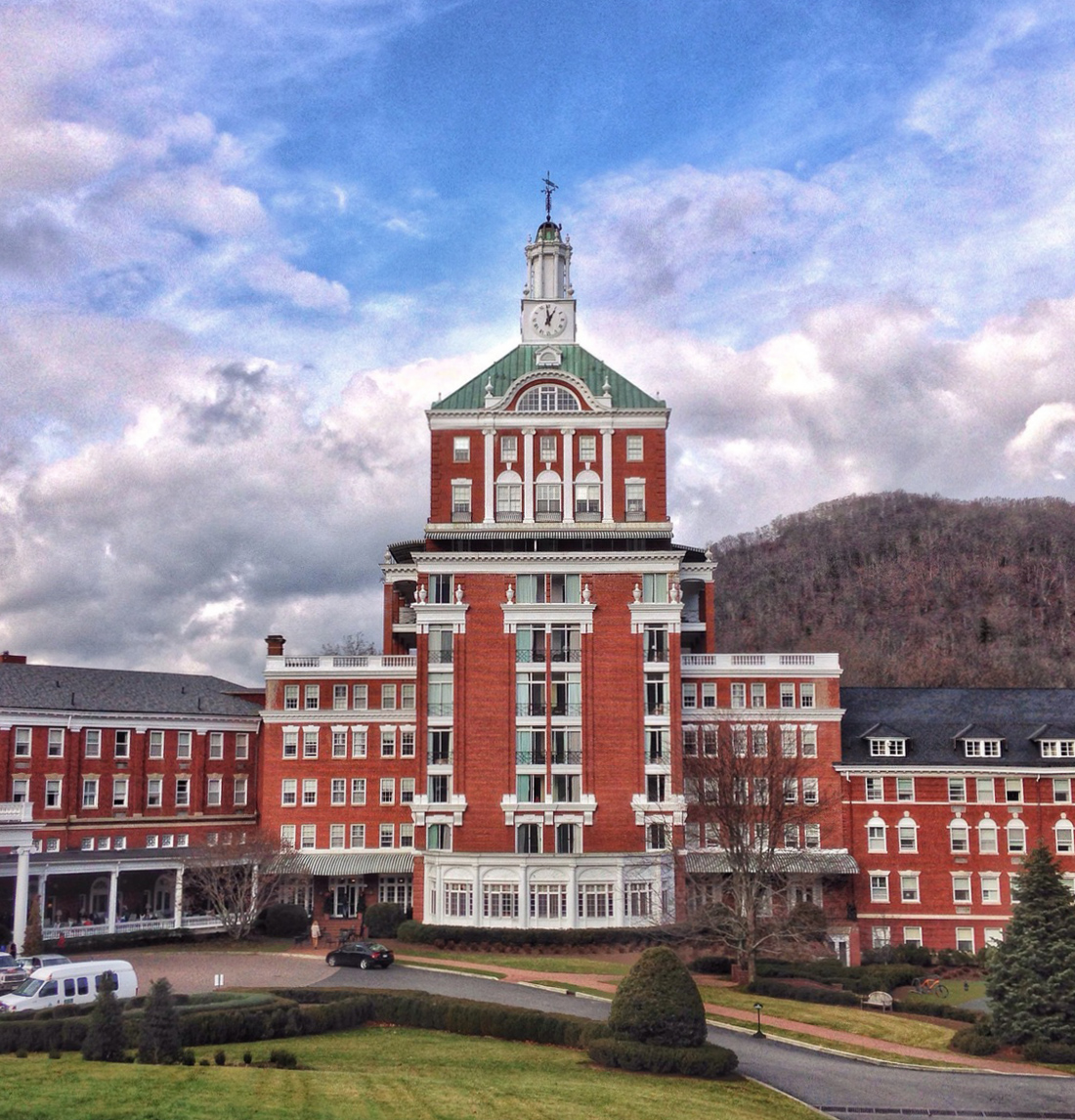 Hot Springs has been accommodating visitors since 1766 when a small hotel, known as the Homestead, was built here. It was replaced by a large wooden hotel, erected in stages in the 19th century, but which burned in 1901. Only the 1892 spa building, designed by Yarnell and Goforth, and several cottages survived. Its replacement, the present Homestead Hotel, is a prodigious Colonial Revival work by Elzner and Anderson of Cincinnati. The landmark central tower was added in 1929 by Warren and Wetmore of New York. The Olmsted Brothers of Boston landscaped the Homestead’s grounds in the 1920s. Following Pearl Harbor, the hotel was used for the internment of 363 Japanese nationals. The International Food Conference, a precursor of the United Nations, was held there in 1943. The Homestead continues as an internationally known resort; its celebrated golf course preserves the nation’s oldest first tee in continuous use.