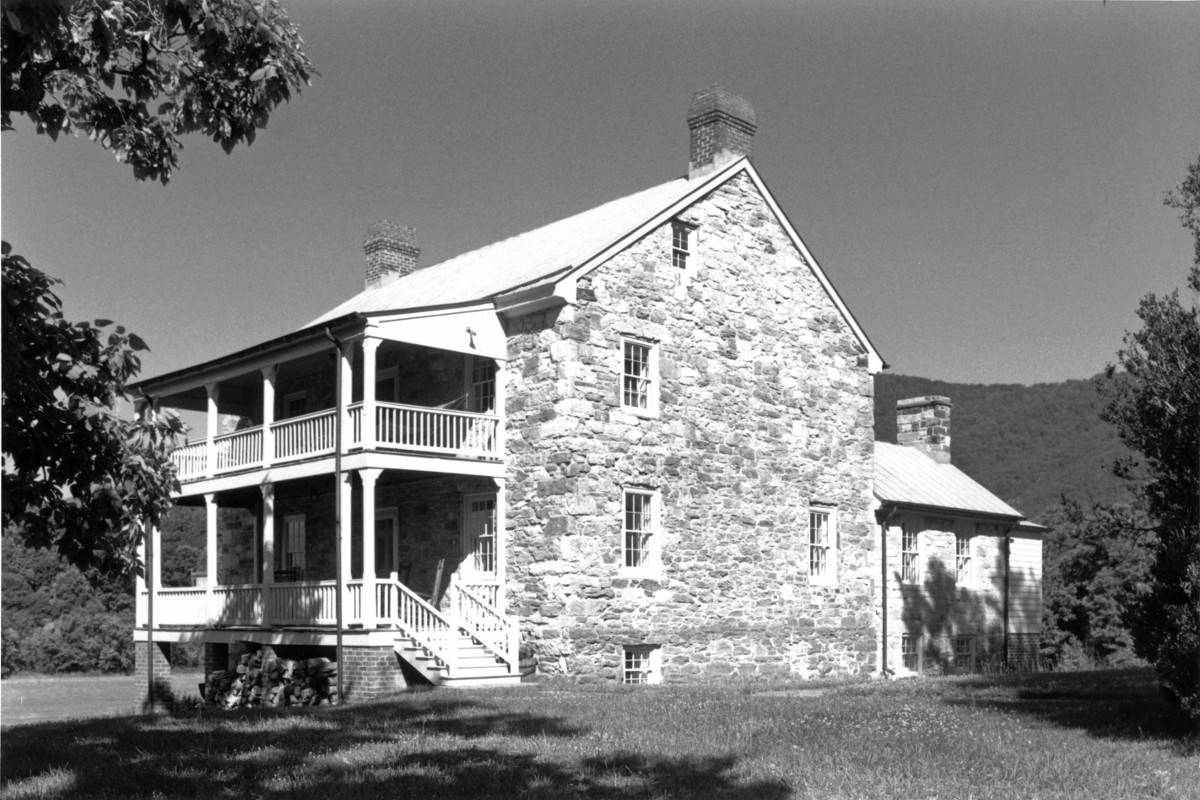 Erected in the 1790s for Robert Sitlington, a settler who took a leading role in the organization of the county, this fieldstone vernacular farmhouse is one of the oldest dwellings in Bath County. Standing in an area containing few examples of stone architecture, the house shows the influence of the Germanic building practices typical of the Shenandoah Valley. In a conscious effort to imitate the solid, two-story houses of the well-established Valley settlements Sitlington was attempting to bring a sense of stability and permanence to his far-western home on the Cowpasture River. The facade porches were added in the late 19th century. Most of the original woodwork was removed during a 1920s remodeling. The house underwent a restoration in the early 1980s.