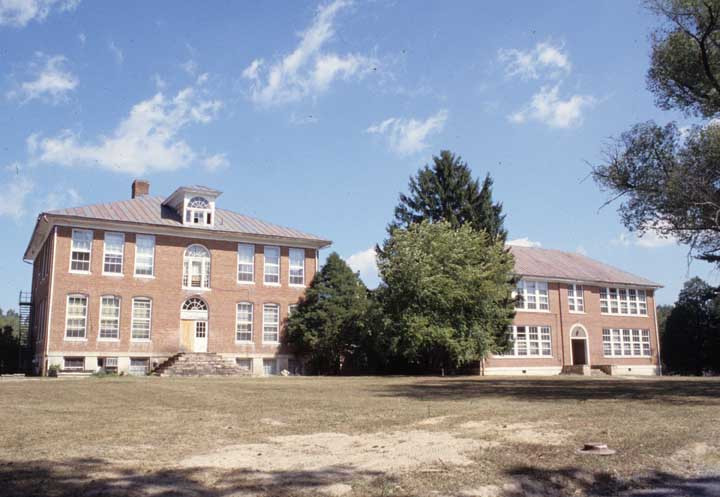 The Millboro School was constructed in 1916 in the small village of Millboro and replaced an earlier log structure. This large, two-story, hip-roofed, brick building represented a new educational era in Virginia when the state created architectural plans and provided financial assistance in guaranteeing the bonds for the project. The school’s simple form reflects the growing popularity of classical designs for public buildings early in the 20th century. In the 1930s, several new buildings were constructed on the site, including classrooms for elementary students, a gymnasium-auditorium wing, a brick home economics building, and an agricultural building with a shop and classrooms. In 1962, a new structure containing offices, a library, a science lab, physical education locker rooms, and restrooms was connected to the two earlier buildings. The complex met the educational needs of area residents from 1916 to 1989, when new facilities were built to replace the aging buildings.