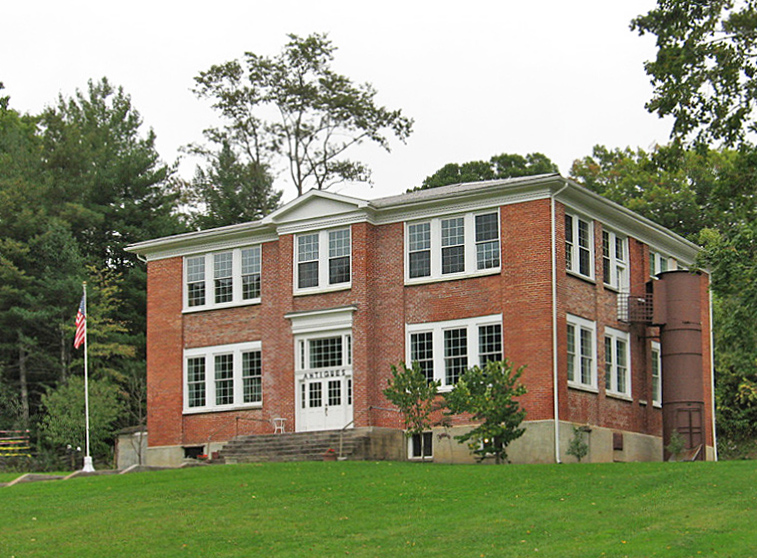 The Ashwood School, constructed in 1909, is located in the community of Ashwood, just north of Healing Springs and south of Hot Springs in Bath County. The school is locally significant as an early example of a school built in a rural area during a period of progressive educational reform and consolidation as well as Jim Crow segregation. In 1965, the school was racially integrated, which represented a massive shift in local public education practices in Bath County. The Ashwood School’s desegregation was associated with the larger movement to desegregate public education at all levels. In 1935, landscaping improvements by the Civilian Conservation Corps resulted in construction of one contributing structure to the school grounds, a stone wall with pillars.